Dropbox is a file hosting silo that provides js;dr URLs for the files hosted there that display just file name and a spinner unless you load some number of scripts from various domains.

It used to be possible to use Dropbox as a static file host, e.g. HTML and JavaScript files, but support for this has been phased out starting October 2016.

Some software uses the Dropbox API to as backup storage or as an intermediate stop on the way to a CDN or other web host.

Not recommended for static hosting

Dropbox URLs to files are js;dr and require executing a bunch of script across various domains just to see a JPG, e.g.:

Through testing on 2017-08-03, it was found that Dropbox would still render HTML if the uploader viewed it in their browser. But when the URL for the file was made public and shared, other people would get the plain text instead.

The image below shows the logged in uploader on the left and a non-logged in visitor on the right, both visiting the same public file URL. 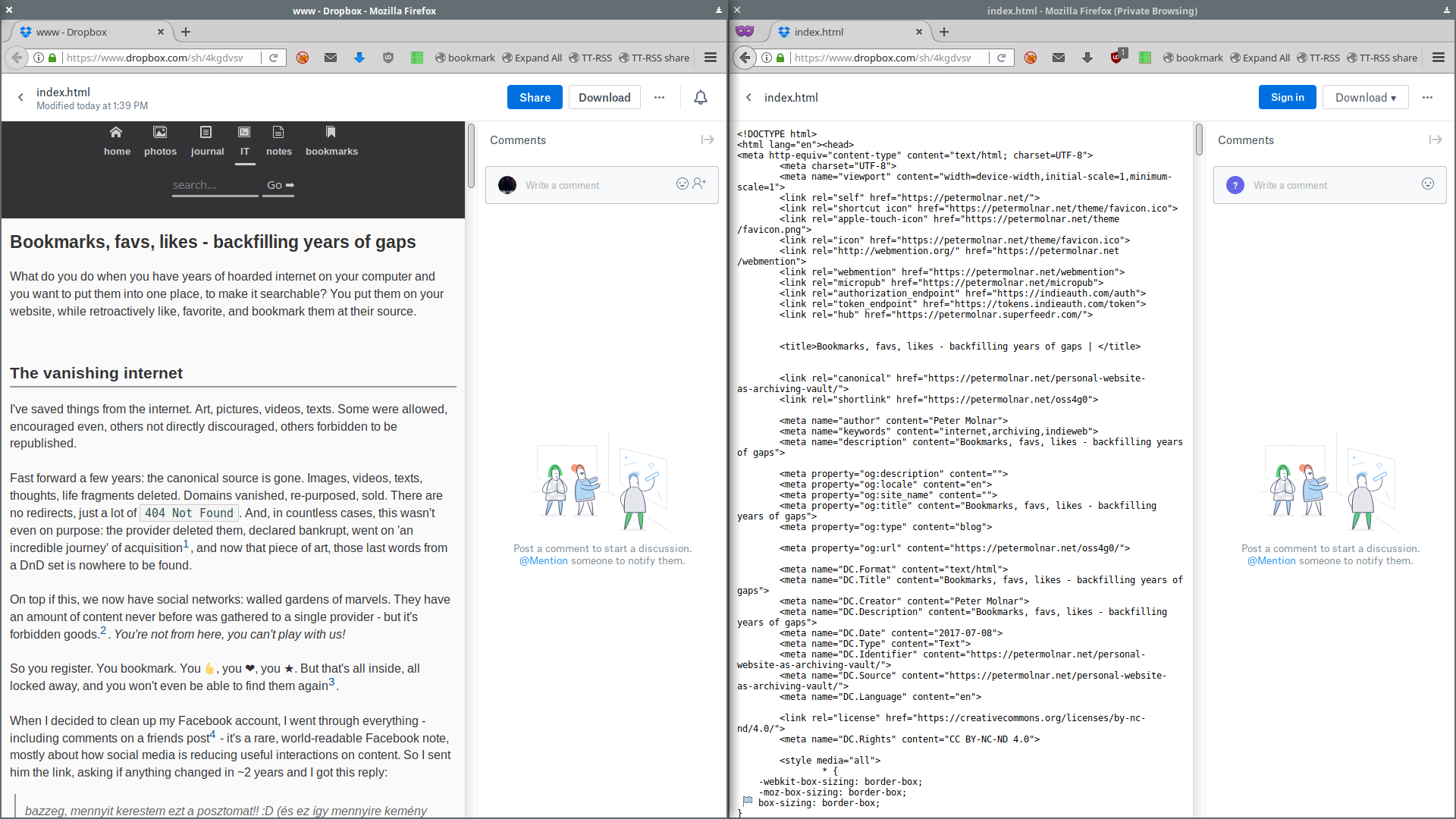