Tailwind is a relatively new CSS framework, created to enable responsive website design, which appears to replicate similar functionality as the standard HTML style attribute, though using abbreviated cryptic class names, despite which, some in the IndieWeb community have found useful in designing their sites.

Tailwind can make use of CSS variables, while the HTML style attribute cannot. This is done by specifying said variables in one's overriding CSS attributes for Tailwind. After generation, depending on how one configures PostCSS, said variable references remain for conventional CSS to make use of.

Like many CSS frameworks, it requires learning multiple things, both CSS and the framework itself, thus takes more time to learn, which tends to require more privilege.

Like most web frameworks, Tailwind is likely to be useful for only a brief period of time (maybe a year or two) before it is replaced or obsoleted by some other new framework, and thus is of ephemeral utility as compared to directly learning and using web standards, in this case, CSS properties and values.

Tailwind’s cryptic short class names appear to be a naive and less human-readable reinvention of the standard HTML style attribute and CSS properties & values which you can directly use instead, and have been supported for over 20 years. 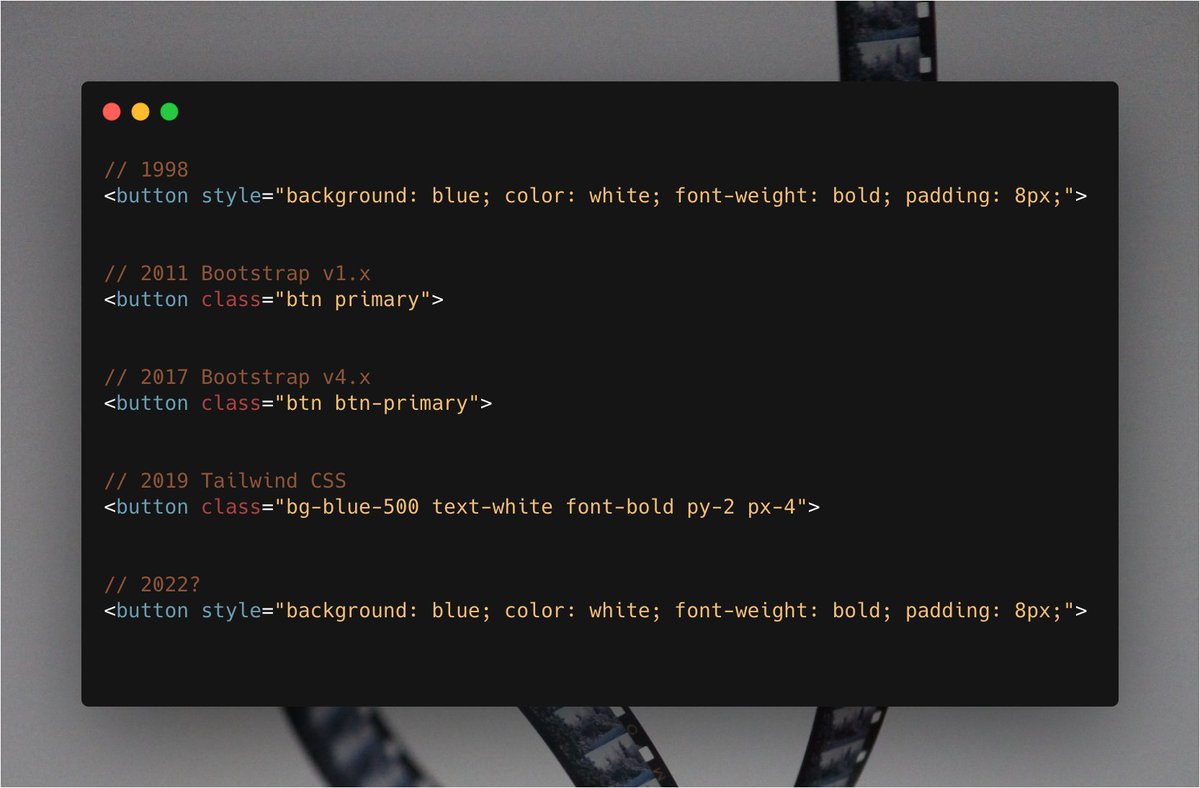 Exception: Tailwind may be able to use CSS "variables" (see Advantages section) which the style attribute cannot. This may or may not outweigh the other criticisms, up to the developer to evaluate if this trade-off is worth it.

Tailwind is an expansion of the utility class model to the whole framework - it is just short of this parody.

Tailwind (and other inline-style directives CSS frameworks, utility classes etc.) don’t actually solve the problem of avoiding naming things (as they claim to), because you actually do need to name things to communicate in teams. e.g.