pay for reach is a business practice by Facebook, Twitter, and other social media silos, whereby they charge publishers (ask them to pay) to have their posts be shown to users on their site, even if the users have already opted-in (followed, subscribed) to posts from those publishers.

Facebook has been well documented to show posts from people (or publishers) to only a fraction of their friends or followers based on the Facebook Master Algorithm.

They then prompt publishers to pay to reach a larger subset. 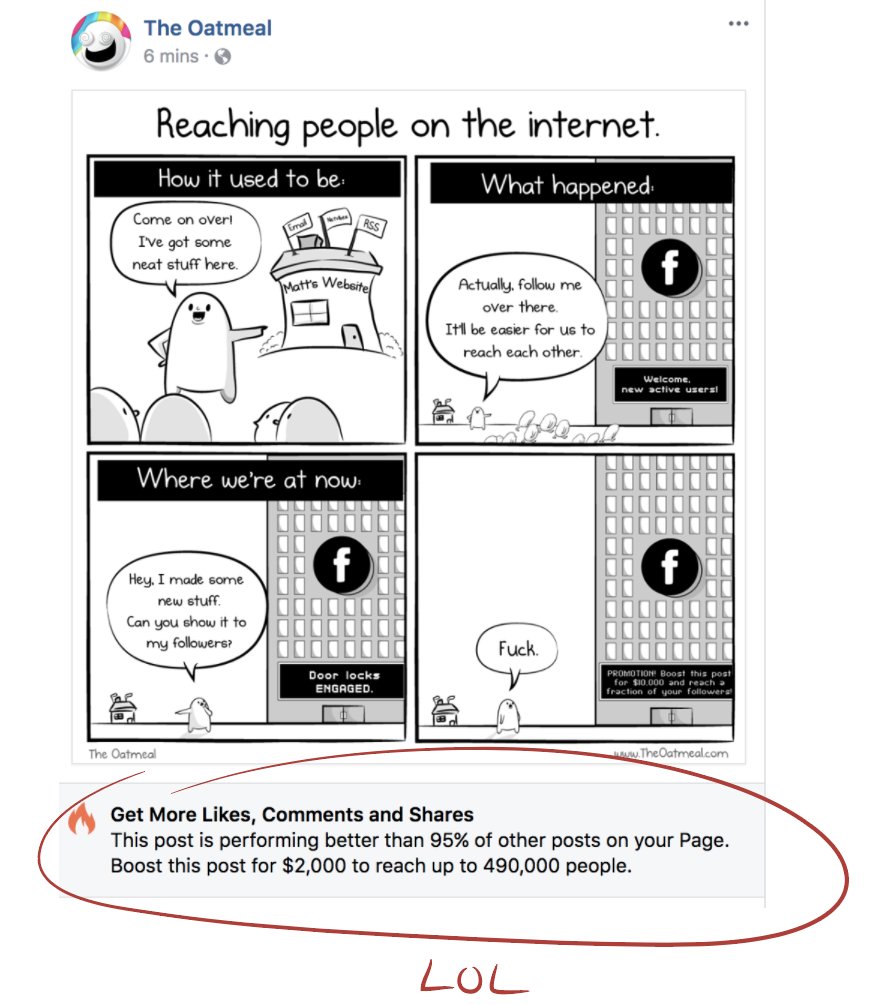 Twitter shows users only some of the tweets from some of the people the they are following, as well as some tweets that some of your followings have liked. 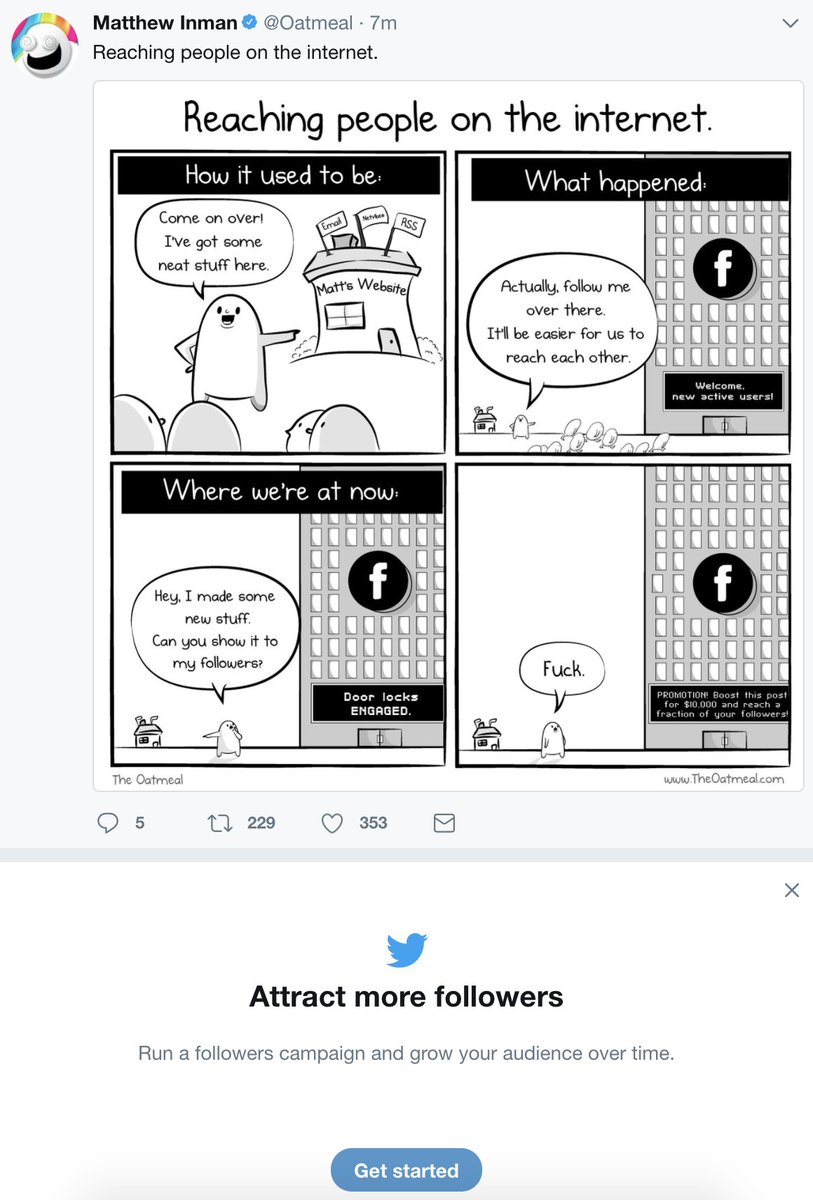