Apple ID is a universal identity system from Apple that they use on iOS and macOS systems as well as their iCloud service.

Apple ID, in particular on MacOS 10.13 High Sierra, presents a very scary dialog if you don't go along with their TFA prompting (which just happens to force you to use SMS for TFA). 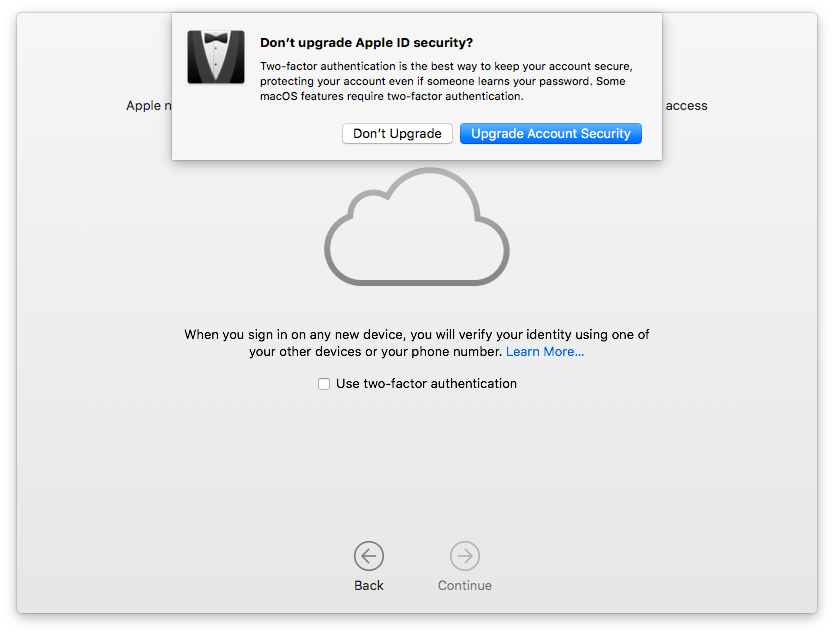 You literally have to choose the scarier option "Don't Upgrade" if you want to avoid / postpone / never setup SMS as your second factor.

Requires a phone number to create

As of 2022 (perhaps earlier), creating a new AppleID requires a phone number that can receive a text message or a phone call.

Inability to remove a phone number

As of 2022 (perhaps earlier), once you add a phone number to an AppleID (which Apple prompts you to do every time you upgrade your iOS or MacOS, see previous screenshots), you cannot remove it if it is the only number connected to the AppleID.

Does not support TOTP

Unlike Google Account, AppleID lack the ability to use a TOTP application for multi-factor authentication, thus depending on a (much more vulnerable) phone number.