React is mostly written using the JSX superset of javascript, which enables XML-like syntax to be used for creation of components and HTML-tags. That superset is then converted into ordinary javascript by a preprocessor like Babel. That conversion can happen either at runtime or at build time, before eg. a package is published to a package repository like npm.

People who use React on their primary personal website:

Websites that use React often only render on the client-side, which means they are not curlable. The only HTML in the page on the initial browser load of such sites is typically an empty body and some links to Javascript files. This means that microformats parsers are unable to see any of the content there. Websites can solve this by adding Server-Side Rendering. 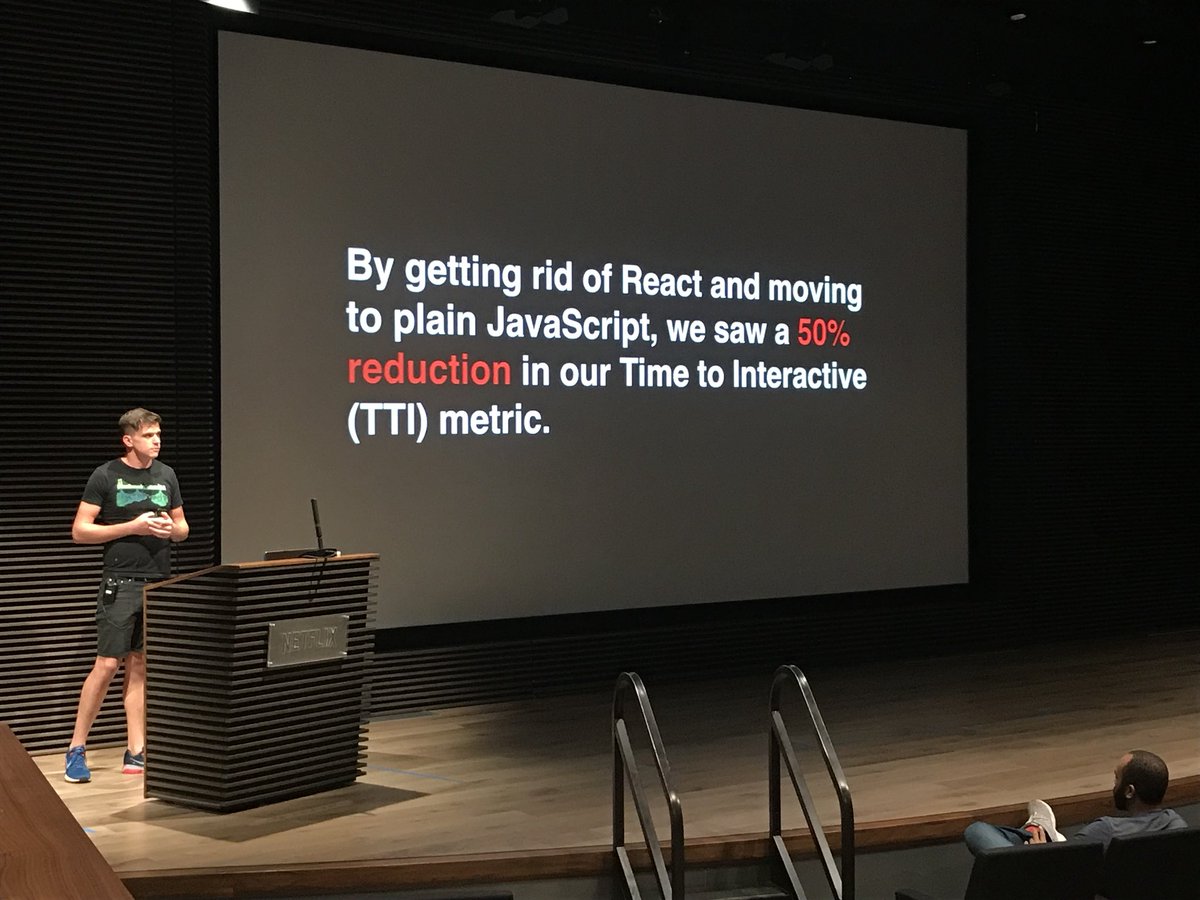 "Removing client-side React.js (but keeping it on the server) resulted in a 50% performance improvement on our landing page"