microblog is a specific term for an individual note post, the act of writing such a post, a blog which is a collection of such posts, and also the name for a hosted service (Micro.blog) for such blogs.

In the original Kickstarter pitch for what became Micro.blog, 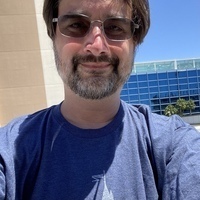 Microblog posts are _short_ with [inline links](http://snippets.today) and styles like a long post. But you can publish them both to your own site and a social network.

The Cambridge Dictionary defines microblog as:

While it disclaims responsibility for the examples it offers, the Cambridge Dictionary makes it clear that "microblog" is a generic form of expression, while Micro.blog is one specific application, among others, that permits people to microblog.

An earlier, somewhat similar term, was "tumblelog", which referred to short-form blogs and later got somewhat synonymous with Tumblr.