Trends is a feature on social media silos that shows the some of the most popular hashtags (AKA Trending hashtags), links, news articles, words, or phrases that are being used or cited in posts, and have been criticized on Facebook & Twitter for being manipulated by bots and/or showing conspiracy theories at the top.

Facebook and Twitter have been criticized for not recognizing or identifying when trending hashtags may be the result of bot accounts run by state level actors (e.g. Russia) artificially inflating the popularity of particular politically motivated hashtags.

Facebook has been criticized for showing conspiracy theories at the top of their "People Are Saying" for news articles in their Trending News section. 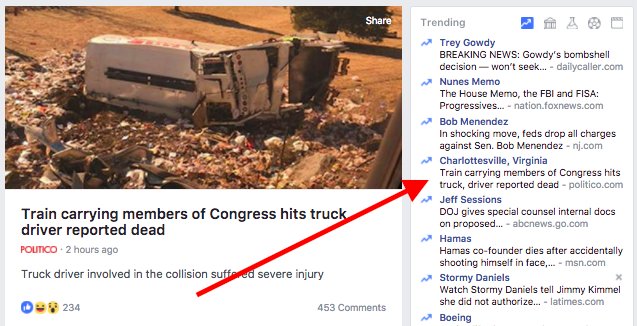 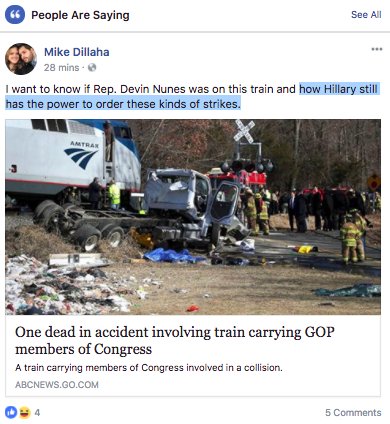