From IndieWeb
(Redirected from Fitbit)
Jump to: navigation, search

FitBit is a hardware device and service for tracking exercise, sleep, and other physical activity. The company was acquired by Google 2019-11-01 [1].

Aaron Parecki uses a FitBit to record his sleep data which is published on his site at https://aaronparecki.com/sleep as of 2017-01-31. Previously, he was using a Jawbone tracker.

Some details about how the sleep data is extracted from the FitBit API: https://aaronparecki.com/2017/01/31/8/day-42-fitbit-sleep

I also use Keyring Social Importers to import data off FitBit. This requires creating a FitBit dev account to retrieve data via their API. I prefer this method as I can tweak the import template to add more information/metadata. Right now, I'm facing some problem with my import. 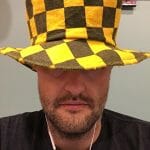 tw2113 uses Fitbit to track his daily steps as well as measure various metrics during his weekly workouts. He now wants to be able to store and analyze his profile and the metrics he cares about most from his own site, as well as just maintain his own records of it. With this, he is intending to make use of the Fitbit Web API to routinely import and store that information into his own site, to be analyzed and displayed in various ways.

Some FitBit devices contain a heart rate monitor that can record continuous heart rate throughout the day. The application shows a sparkline of your heart rate for each day, along with the average "resting bpm" rate.