Quora is a question and answer hosting silo that is unarchived (actively blocks the Internet Archive), and exposed 100+ million users data in December 2018 breach.

Aaron Parecki received a pingback from Quora from a comment someone wrote that included a link to his post. The pingback source was the quora question URL with a fragment ID to the specific comment. 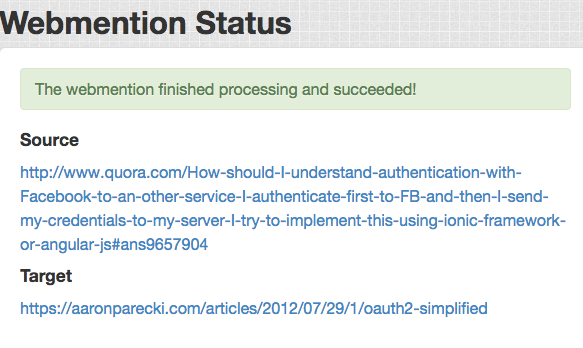 The compromised information includes users' names, email addresses and encrypted passwords as well as data from social networks like Facebook (FB) and Twitter (TWTR) if people chose to link them to their Quora accounts.