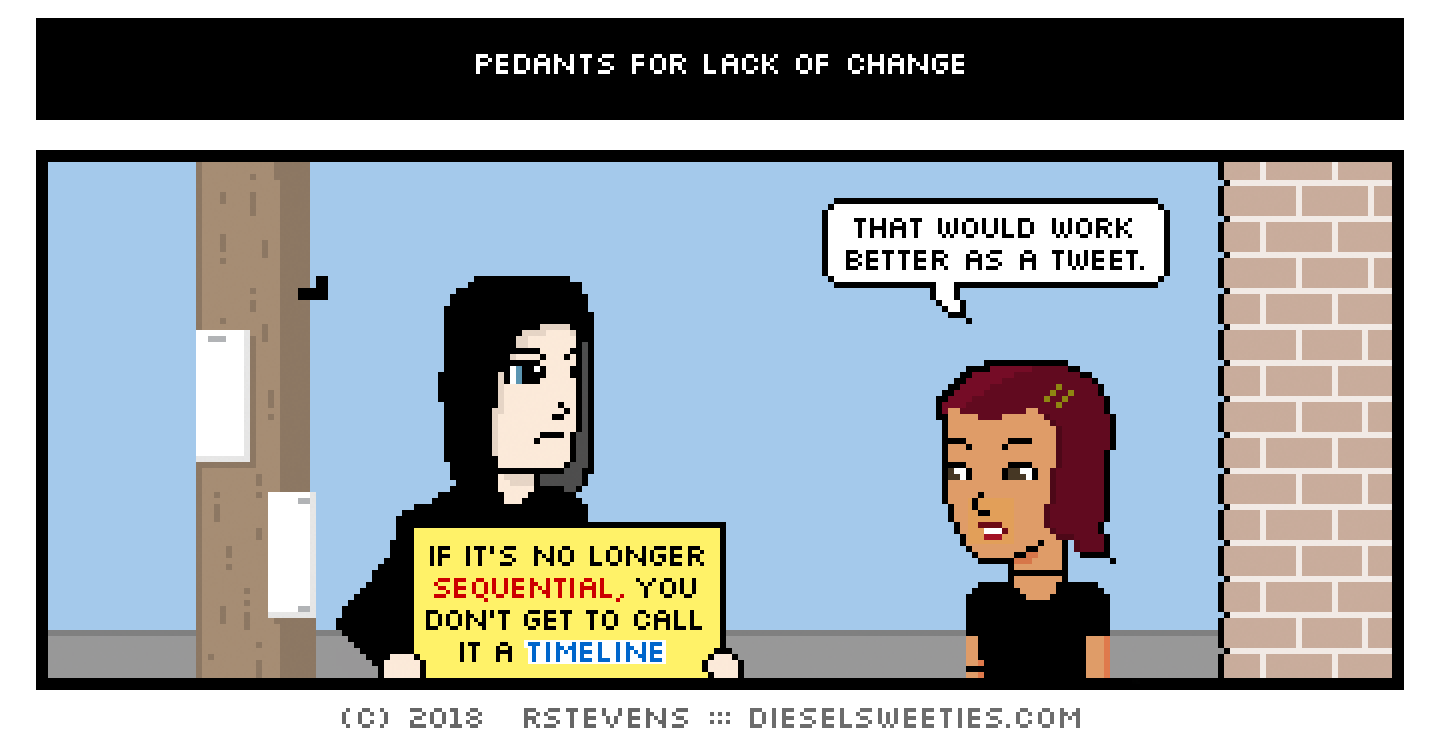 It's doublespeak because people associate use of the term "timeline" with actual chronological order (see consistent examples on Wikipedia, definition etc.), and yet they are defining it to be something else instead ("relevance" etc.) that breaks chronological order, thus trying get people to accept a definition of contradictory opposites.