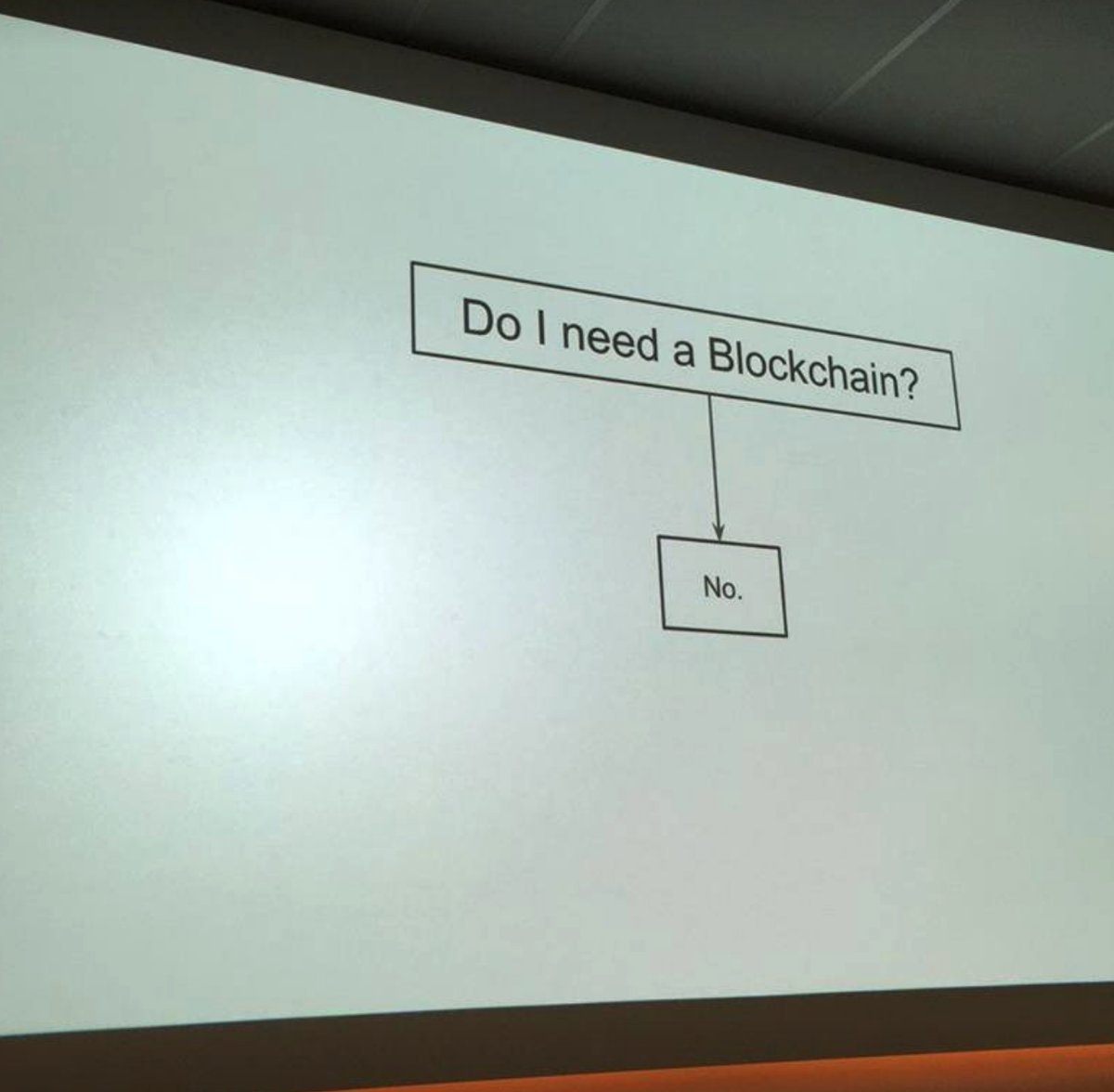 blockchain is a technology in search of a problem to solve, pushed by ideology into areas where the unsolved problems aren’t technological. (via @SimonSapin quoting Decentralized Long-Term Preservation)

… [blockchain is] the first open membership consensus algorithm [i.e. that anyone can participate in] ever invented.

Set of criteria for a "blockchain" vs. a "ledger":

Introduction to blockchain and bitcoin:

Killed or being killed by GDPR

AKA Typical blockchain use (any personal data connected to a human, like a account or other identifier) violates GDPR