phone in the context of the indieweb refers to using your own personal site to supplant or replace the typical functionality of a "phone", in particular making an audio (and sometimes video) call between two or more people, perhaps with them starting from your personal site.

A phone or phoning in general refers to the UI, UX and infrastructure involved with such audio(video) calls.

Sam Machin on sammachin.com is using WebRTC on his personal site (as of 2013-09-?? or earlier) for a way for people to call him which then connects through his server to ring his actual physical phone depending on what country he's in which his server determines from his Foursquare checkins.

He demonstrated this working at IndieWebCamp 2013 UK during the Opening Demo Session.

Ben Werdmuller on werd.io has icons for contacting him (since 2013-12-04) including icons (PDA, phone receiver, camera) with sms:, tel:, and facetime: URLs which if tapped when on a mobile browser will create a txt message, initiate a phone call, or start a FaceTime AV connection respectively from the user to Ben.

Barnaby Walters on waterpigs.co.uk has a SIP address link which, as of 2013-12-14, if the user’s browser supports WebRTC, gets progressively enhanced into a “Call Me” button using Phono which initiates a call in-browser.

Michiel de Jong on michielbdejong.com has a "leave a private message" textarea which becomes a "Call me" button after an ajax call checks first to see if he is currently online. This then leads to a simplewebrtc instance (the software that powers talky.io). It was put together during IndieWebCamp SF 2014 and still in very early stages.

UI goal: have a “Call Me” button on my homepage which initiates a call with me regardless of location, carrier etc. — provided I want to receive the call. No long number memorization or complex international dialing codes required, ever. No requirement for the caller to install any software other than a modern web browser.

Infrastructure goal: to use open, free standards over data connections as much as possible, only falling back to interacting with actual GSM/landline phones for social back compatibility.

How this could be implemented:

A phono.com session can also be used to receive calls direct in the browser — so when you logged in, your site would store the temporary SIP address for that session and add it to the list of addresses your Tropo app forwards calls to.

Cell use seen as surveillance permission 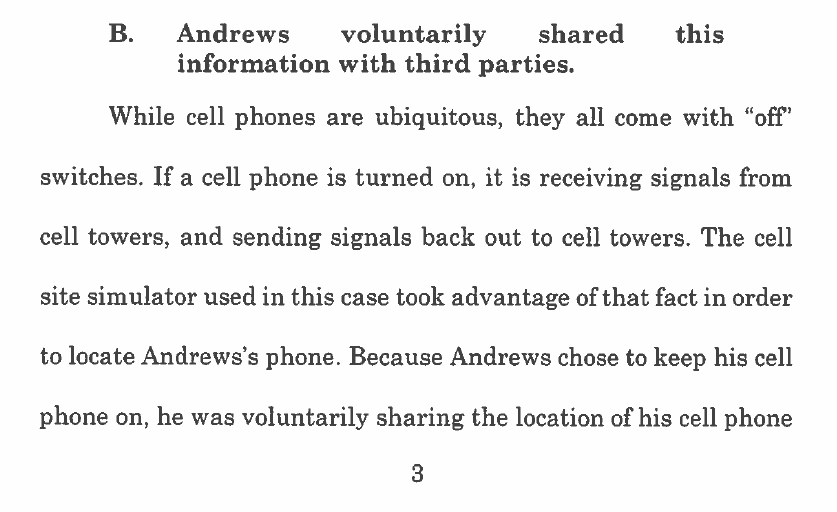 As argued in a legal document by a (presumably US) government representative.