A photo album is another name for a collection of photos.

PhotoPostr is a micropub client specifically for posting photo albums.

The Flickr API supports updating the order of the photos within an album. To specify an order for items in an album, the request simply includes the list of items you want to change, in the new desired order. [1] The benefit of this that it works on any subset of the photos in the album, regardless of whether the interface is operating on a small subset of the album.

Aaron Parecki has created a couple public and private albums on Google Photos:

Albums on Google Photos have: 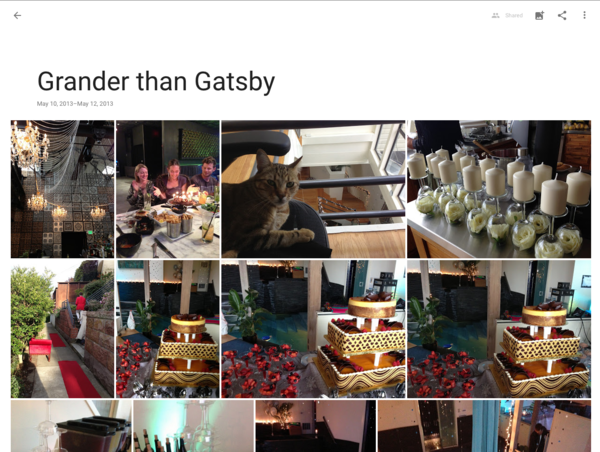 Aaron Parecki has created some public albums on Dropbox:

Albums on Dropbox have:

Aaron Parecki has created some pubic and private albums on Facebook: 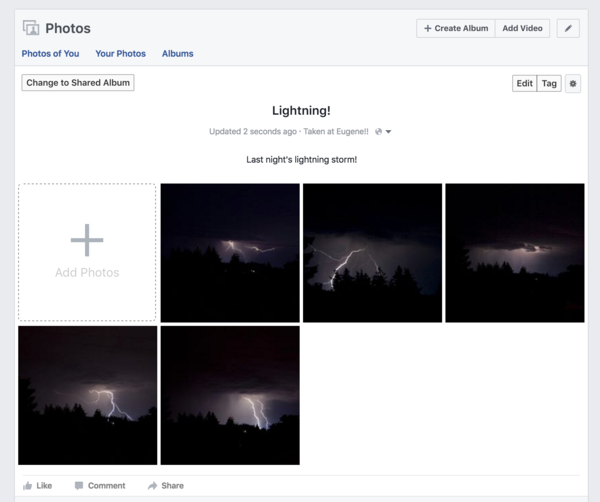 While both photo albums and multi-photo posts contain multiple photos, the main difference seems to be that a single photo can appear in multiple photo albums, and each photo in an album has its own URL with its own properties such as name, tags, etc, and each individual photo can usually accept comments independent from the album. With a multi-photo post, the post as a whole has properties such as name, tags, etc, but the individual photos within it do not have their own post URL and are just the raw image URL.