The Federated Social Web Summit was an annual event from 2010-2012. 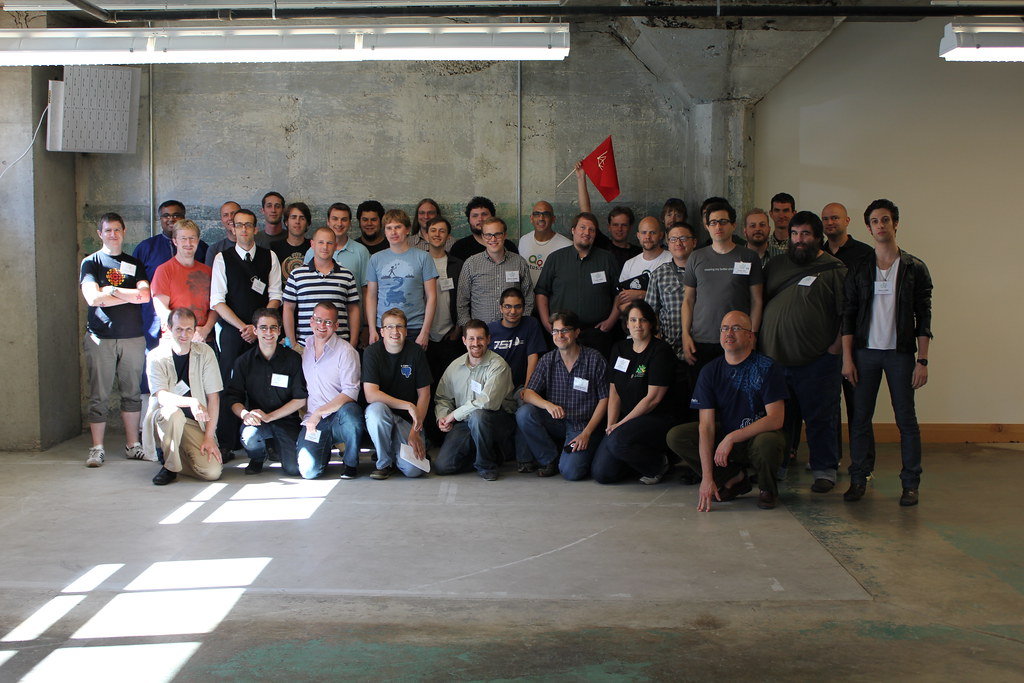 The event was invitation-only, however the barrier to receive an invitation was quite low.

Talks given by folks at FSWS2010 who subsequently went on to do IndieWebCamp:

Aaron Parecki and Tantek Çelik both participated in FSWS2010 and from that event were inspired to co-found IndieWebCamp, starting with the Freenode #indiewebcamp IRC channel and the wiki. Aaron and Tantek used IRC and the wiki to organize IndieWebCamp 2011 along with additional co-founders Amber Case and Crystal Beasley.

It was organized in the tradition of W3C workshops with a CFP, white-paper submissions etc. but again with explicit invitations to several projects and groups.

This summit was also invitation-only for implementers[1], however, quite "knockable", that is, merely asking for an invitation and providing a reasonable statement of interest (why you should be there) would result in receiving an invitation.

Numerous IndieWebCamp 2011 and 2012 participants attended and spoke at FSWS2012.

The use of h-as-* class names for explicit posts typing using ActivityStreams object types appears to have started at this summit[2], which have subsequently been discouraged.

Other pages created on same wiki as FSWS2012 for attempts related to FSWS discussions:

There was no Federated Social Web Summit in 2013.

The W3C Launched the Social Web Working Group which subsequently standardized a bunch of IndieWeb building blocks such as Webmention, Micropub, WebSub, and published notes for Post Type Discovery, IndieAuth and closed in early 2018.