RSS is a set of XML feed file formats of varying degrees of use for syndicating time-stamped content from web sites, and sometimes used to refer more broadly to feed file formats as a whole including Atom, or even more broadly in vernacular as a synonym for feed file or even feeds or syndication as a concept. RSS is an acronym that stands for: Rich Site Summary (originally RDF Site Summary, often dubbed Really Simple Syndication)[1]. Atom is an alternative XML format for feeds.

RSS formats are fairly widely used, from news sites to blogs (both self-hosted and services/silos), through e-commerce or classified sites such as Craigslist, though there have been shutdowns in recent years.

See feed file for a list of RSS formats and those often lumped in with RSS.

Many internet users rely on RSS to keep track of websites. Having an RSS feed makes your content more discoverable to your target audience because visitors do not need to manually check your site for new posts.

Some people feel that other forms of feed are more useful.

Instead of publishing or consuming RSS:

When using such alternatives, you should consider RSS or Atom's ubiquituous nature. Very few readers support Microformats at this point, compared to the thousands of self-hosted RSS feed readers.

In response to social silos turning off or removing access to their RSS Feeds, some groups have created work-arounds or alternate means of re-enabling RSS feeds. Some of these are listed below:

Many silos offer RSS feeds for different kinds of content, but the details are not always easy to find. The projects above give access to feeds from some silos.

RSS feeds can be automatically discovered by feed readers if the homepage contains a link to it in its head:

The title is important if there are multiple feeds linked, e.g. category and comment feeds.

There are many known problems consuming RSS feeds. See feed#Criticism for an extensive listing.

Use of the term "RSS" in conversation, whether online or in-person, has been ambiguously and interchangeably used to mean:

When the GUID for an item in an RSS feed changes, old items that have already been read will appear again as new. With a podcast feed, this means software will try to download episodes you've already listened to again.

gRegor Morrill: I've experienced this several times with podcast feeds. Some of the feeds have 50 episodes in them, so suddenly my podcast software is trying to queue up a lot of episodes I've already heard, and I have to manually remove them. 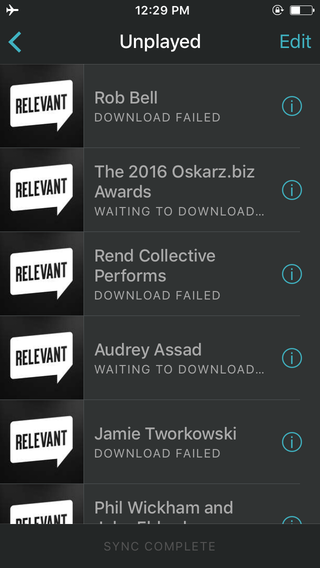 Discussion of RSS in the context of indieweb or openweb etc. typically causes everyone involved in such communication to shift their thinking / conversation to be plumbing-centric (since RSS is a format, not a user feature), instead of user-centric.

This is at the opportunity cost of discussing actual user-level features, such the features and levels in IndieMark, and against generally agreed upon IndieWeb principles, in particular:

Solution: refocus the discussion on use-cases.

When someone asks "Why don't you support RSS?" or requests "Please use RSS":

Ask them, "What's the use case you're trying to solve?"

Then document the use-case, and how you're solving it with building blocks on your own website.

And keep the discussion focused on use-cases, rather than plumbing.

See proof of work for some techniques to keep discussion focused on UX, use-cases, and other indieweb principles

RSS variants are all feed files, thus all the feed file criticisms apply as well.

This section specifically documents shutdowns or dropping of support for RSS feed files on sites, whether indieweb, corporate, and/or silos.

See the Wikipedia article on RSS for a more thorough history.

This section is a stub, please add to it to expand it to include notable events in the development of RSS.

An RSS feed does not need to show all of the posts that a site has published. This is important for websites that post a significant amount of content, for instance likes, replies, and notes.

If you share the body of your posts in your feed, you may want to opt for a shorter feed. This is because the file size of a feed will increase significantly if the body of each post is long.

And when I click it
Browsers show gibberish,
That's annoying

So instead use h-feed
An you won't write a screed
Start enjoying" @KevinMarks August 31, 2018