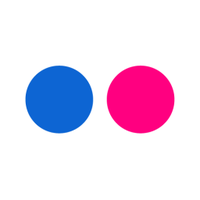 Flickr is a photo and video hosting silo founded in 2004 that some in the IndieWeb community have posted to and/or currently use as a POSSE destination.

There are various tools for exporting your photos, comments, tags, and favorites from Flickr. Please document such tools here.

You can use this tool to download the information that Flickr has about your account, including account preferences, profile information, and your photos and videos. This process will take some time, so we’ll send you an email when it’s ready for you to download.

This method exports the photos only, no meta information like tags and albums. Open https://www.flickr.com/cameraroll and you should see all of your photos. You can click-and-drag to select multiple photos. At the bottom of the page will be options for the selected photos. Click "Download" and you will be prompted to save a zip file of the selected photos. If you select a large amount of photos, it may automatically break them into separate zip files. I exported 841 photos on 2016-02-23 and it made two zip files.

flickr-cli by TheFox is a command-line PHP tool for uploading and downloading Flickr items. It's download function has an option to download all of a user's original files and save their metadata in YAML files.

photo/video posts from a user:

favorites of a user:

photos of a user: (people tagged)

Flickr has a (totally undocumented?) feed of activity for the logged in user, where activity is anything you would normally be notified about in notifications (faves, comments, replies to photos you have replied on). To limit content to only photos in your own stream, add &activity_view=photostream

These require you to be logged in and redirect to a "secret" URL and may include activity on non-public photos.

2019-02-20 Chris Hardie wrote up how he used his own custom tool to export from Flickr and import into his own WordPress blog. The code is available on Github: Flickr Export to WordPress Import with reasonable instructions.

You can use Bridgy Publish to POSSE to Flickr since 2015-11-15 the following kinds of posts:

How to backfeed from

If you POSSE to Flickr, you should backfeed all the responses to your Flickr POSSE copies. E.g.

You can use Bridgy to backfeed favorites & comments from Flickr POSSE copies back to their originals since 2015-09-17.

Ben Werdmüller with Known on werd.io since at least 2014-07-17 (fairly certain there are much earlier examples, thus leaving benwerd at top of list)

Tantek Çelik using Falcon to automatically POSSE via Bridgy Publish since 2016-032 (manually since 2016-016, including all photos+videos from 2016-01) from tantek.com

Details of some specific features are provided in sections below.

Location data has different privacy settings from the photos

Flickr allows you to configure one or more geofences around locations such as "home" or "work", and any time photos are uploaded that fall into that area, the geo privacy will be set automatically.[1]

Has anyone deleted their Flickr account? What's the process? How long do they hold your data anyway? Etc.

There has been some experience with a PESOS approach not working well with Flickr:

Two Pages About You

No other service splits your profile identity like this. Typical silos all have integrated profile pages that show both your latest posts and your profile information like your website.

Because of this, and because Flickr encourages linking to the /photos/username page, getting rel=me to work with Flickr is a bit more out-of-the-way work, but still doable.