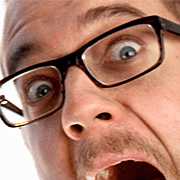 Each Photo is some kind of post which can contain multiple images and/or additionally some description. On mouse hover a title and description for the photo 'post' is shown.

Dries Buytaert the Founder and Project Lead of Drupal. He is also Co-founder and CTO of Acquia. Dries has been working on Open Source and an Open Web for 20+ years. He blogs at https://dri.es/. Dries uses Drupal to manage his photo albums and his photo stream, complete with an RSS feed just for photos. Dries been posting photos on my website for more than 20 years. After uploading photos to his website, he occasionally POSSEs a photo to his Instagram. In November 2022, he had over 10,000 photos on his website, and around 300 photos on Instagram. His website is my primary platform for sharing photos. Dries describes his approach and rationale at https://dri.es/a-photo-stream-for-my-site.

We currently do not have a way to identify the photographer if not the h-entry author.