Known is an open publishing / community platform project. It aims to be a simple, beautiful way to share your story using a variety of media from any device. It adheres to the IndieWeb technologies and principles.

Known aims to be easy to install, use and customize. It adheres to IndieWeb technologies and principles.

Known is an open source project and a business. Known is transitioning from a private business entity to a business run as an open collective.

Known users are encouraged to donate and support the collective.

The shared hosting business accounts are scheduled to be wound down by summer 2019. Known provided

Ben Werdmuller and Erin Jo Richey founded Known, Inc as a seed-funded startup incubated at Matter Ventures. It formally launched on September 11, 2014, and graduated from the Matter program.

WithKnown was started as a company on May 11, 2014. Known's first beta v0.6 was released in September 10, 2014. Packages can be downloaded from withknown.com.

The official release channel is now on GitHub 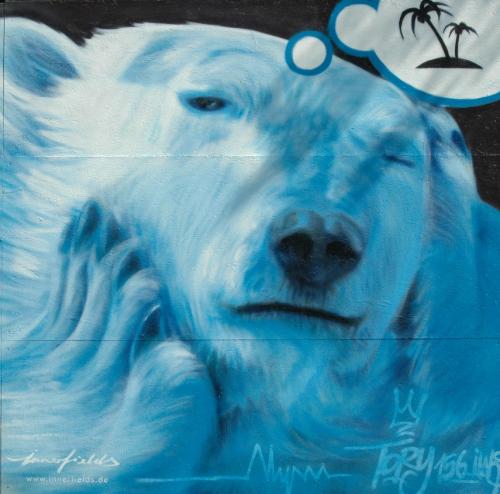 Marcus Povey also maintains a site for current releases at [1]

Known was released at withknown.com in September 2014. A paid fully-hosted version and a free self-hosted version was available. Guides are available for self-hosting on Arvixe and Reclaim.

Please note Reclaim Hosting stopped updating Known as of 0.9.2. The version is still available as a one button push in CPanel, but the instance must be manually updated using SFTP.

withknown.com stated that they will help users to move to or from a self-hosted Known site and make sure all data are transferred. Users can also export all their site data.

Documentation is being updated at docs.withknown.com.

Known has a full plugin architecture, making use of PHP lazy loading and the observer pattern. This makes it very easy to create new content types or behaviors.

Known is being developed with the rule that "indie" content - internal posts, likes, etc - are bundled as included plugins in the main source code repository. If you want to POSSE to external sites, you need to install those plugins separately (although they may also be included in a downloadable distribution of the content).

Known also has a Webfinger endpoint that plugins can extend.

Some common plugins for Known can be found in the chart below. More are available at https://github.com/idno and the master list of community plugins can be found at Community Plugins.

People currently using Known as a secondary site or trying it out:

People currently using Known as a stream for a community

Indieweb community members are welcome to create an account and test-drive/explore some of the functionality.

As of September 25, 2014, there were over 3,000 Known sites, spread between the Known service and self-hosted sites.

Sometimes it's easier to allow a host to install and maintain the codebase for one's CMS. The following hosts are known to have one click install capabilities for Known:

To upgrade, copy the new Known installation files over the existing installation. Known's core files can be safely overwritten. It's always a good idea to perform a backup, both of the files and of the database before upgrading.

Elliot Tucker has posted a full how-to here https://elliottucker.net/setting-up-known-with-nginx-indieweb.html Note - the source code change is no longer required and you can now also use Known with MySql.

Kyle Mahan tried unsuccessfully to reproduce reported issues with callbacks from Twitter and Facebook. Here is the configuration that worked for me https://gist.github.com/kylewm/7d8cbc9a72984d67c646

Mongo is only used now if it's explicitly specified in the config.ini file, e.g.,

(of course replace /var/www/data with your chosen data directory)

David Mead is in the process of transitioning his personal site from WordPress to Known.

As Known works only on a domain or sub-domain at the moment, I had to create blog.davidjohnmead.com and install it to there. I didn't want to blow away my current WP blog until the Known site was running, connected to the silos and able to import my WP content. I also have content on davidmead.withknown.com to pull in as that's where I'd been playing around with Known.

Next steps to move from WordPress

When Known was first released I started using it at [4], posting over 240 pieces there for about 2 months. The export hasn't worked in the settings, so

Ben Werdmüller sent me the export. This is an entities.sql file and the folders associated with my posts.

Looking at the Issue 734 on the Known GitHub, it seems there are a lot more hoops to jump through including changing imported URL's etc. Not as easy as I first thought.

To import your Flickr photos, use this Known plugin:

How to use Quill

To setup a Known instance so that you can use Quill to publish to it (this has not been extensively tested by the indieweb users as of now, and it seems that the /micropub endpoint is not fully working) :

How to use with Mobile

How to use the API

Idno/Pages/Admin/Users.php is the user administration endpoint, which translates to /admin/users as a URI endpoint.

This usually means .htaccess is missing or more often, not allowed, based on the Apache configuration. If you manually visit /index.php/begin instead and see a landing page, it means that htaccess is not being allowed to rewrite URLs.

At least in recent versions of Ubuntu, Apache is configured by default with AllowOverride Off. To allow, create a new <Directory> configuration in /etc/apache2/apache2.conf for your Known install, with AllowOverride All, and restart Apache.

Because of the security and speed implications of allowing .htaccess usage alongside AllowOverride All the software can be installed without either by copying the relevant section to within the Directory stanza of the appropriate httpd configuration file in sites-enabled.

We're not sure what causes this yet, it should "just work". Some things to check:

Update: This seems to have been fixed in version 0.6.3

The target page does not exist

If you send a webmention to a Known install that runs behind a TLS offloader, e.g. with a curl command like:

and get an HTTP error like: HTTP/1.1 400 Bad Request with contents:

{"error":"target_not_found","error_text":"The target page does not exist."}

A workaround for this is documented in https://github.com/idno/idno/issues/724

Some users of Known have seen a high frequency of spam submitted through the comment forms, and there are few possible ways to address this

mapkyca has created an Akismet plugin (https://github.com/mapkyca/KnownAkismet) for Known which will filter out spam on a Known install. It works very well, but has a few downsides:

Another method is to disable the system plugin "Public Comments" which is part of the standard installation of Known. This will effectively block spam coming through the form on each entry, while allowing webmentions to come through. The downside is that you limit who can have a conversations with you, unless you have also syndicated your content to other platforms, where it can be pulled in by brid.gy for example.

Known is designed to be a multi-user system (although Ben and Erin are currently using it as single-user sites). The intention, therefore, is to implement a traditional asymmetrical social networking friends / following model - with an IndieWeb spin.

In a future embodiment, each step in the webmention process could be signed on a per-user basis (I'm interested in HTTP signatures, with keys exchanged / assigned at the point of mention. This would allow content to be made privately available to individual users. Other methods of retrieving private web content should also be considered.

Because it's not enough to publish: a way to _consume_ IndieWeb content from a Known user's followed sites and users.

Bridgy publish will POSSE your content if you include a webmention to a service-specific URL (e.g. `https://brid.gy/publish/facebook`). It would be great to turn these into simple check-box options when you're publishing via Known. (I'm curious what the interface looks like when you've plugged in their paid solution "Convoy")

withknown.com doesn’t support https for browsing, during signup, or on anyone’s subdomain, meaning that authentication credentials and cookies can easily be intercepted on public wifi networks, as well as private content.

The hosted service now supports HTTPS by default for all *.withknown.com domains. Custom domains are... complicated... but work is ongoing. Self hosted services are unaffected, and can be HTTPS or not at the owner's discretion.

Articles written about Known, especially in the press / mainstream media (most recent first):

Videos about Known (most recent first)

Known is an open source project and a business. Known is transitioning from a private business entity to a business run as an open collective.

Known users are encouraged to donate and support the collective.