public timeline is a silo/aggregator feature that displays all profile/subscription public posts in a reverse chronological order, popularized by Twitter who dropped it in late 2012.

Most people's "public timeline" is simply the primary stream on their homepage.

Twitter launched with a public timeline (was at https://twitter.com/public_timeline), eventually added an API for it, and kept it running til about 2012-10-10[1]. Screenshot from ~2012-07-26, mere months before Twitter shut down their public timeline feature. 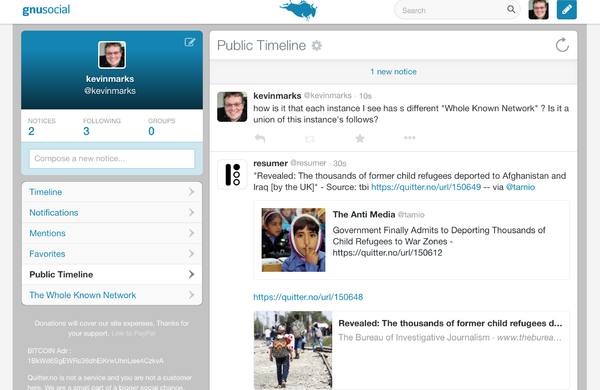 and also have a "Whole Known Network" which connects multiple instances per hope “it's supposed to be "all people in the instance and all people they follow to one degree" but the networking isn't working for whatever reason.” 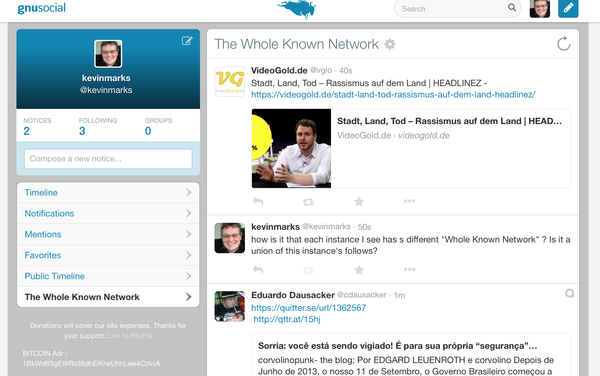 It might be useful (as a "here we are now" obvious demo) to put up a non-auth'd public stream of indieweb notes.[2]

E.g. what if we showed a stream of notes from the homepages of everyone who has signed into the wiki in the past year?

And displayed that stream of notes somewhere on the indiewebcamp home page. Just the notes (so not a planet, but more like the old Twitter public timeline).