From IndieWeb
(Redirected from schedule)
Jump to: navigation, search

scheduling in the context of the indieweb, refers to the feature of setting a specific time for a post to be published in the future. Also known as delayed posting.

Brian Suda uses WordPress to delay posting of his weeknotes until palindromic times since at least 2013-09-27. Example:

Tantek uses Falcon to post scheduled posts on tantek.com since 2013-11-15. How it works:

Even before it shows up on the home page, the permalink to the future post works which allows sharing drafts of posts with others on private channels (like IM) for review and feedback and editing before it goes live on the home page.

After it goes live on the home page, the Falcon UI must still be used to explicitly click a button to POSSE the post.

Kartik implements scheduled posting (since 2014-04-27) by manually editing the post date in the Django admin interface. The templates for feeds and post lists then filter only for past posts.

Sven Knebel can create scheduled posts by setting dt-published to a time in the future (technically possible via Micropub, not aware of a client that supports this, so currently done by manual editing of the data file). Webmentions are only sent once the publish date has passed.

Examples of silo support for scheduling.

The tool Tweetdeck can be used to schedule posts on Twitter: 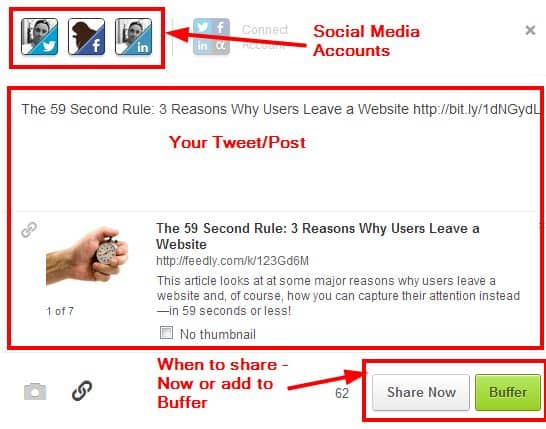 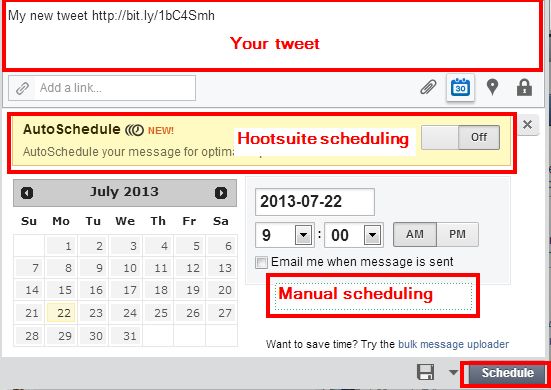 When it comes time to show a future post, should the personal site then also auto-POSSE it immediately?

Or maybe delay a bit? (30sec - 5min) to allow the author to edit/undo the future post before its propagated?

That is, have you ever wanted to post a blog post and then then automatically have a new piece of content show-up after a specific date and time?

This would kind of be the inverse of expiring content.