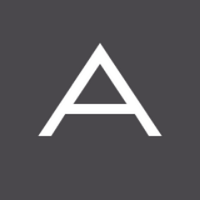 When it launched, App.net had pay-to-use model. Since launch they've added a free registration option.

App.net has a proprietary snowflake API similar to Twitter.

Export your data from ADN

It was possible to export your data from ADN before it shut down.

App.net sent an email with a link to a ZIP file which contained all posts, messages etc. in JSON files with the same format as their (snowflake) API.

Before the service shut down Manton Reece created an archive of all of App.net's posts.

The archived posts are available at special URLs on adn.micro.blog. Apps or scripts can be written to export a user's posts. See Manton's announcement for the details.

As part of Dalton Caldwell's response to User:Brennannovak.com about his plans with App.net he claimed a "Commitment to coordinate between internal and external parties to create and support open-source lightweight clients..."

App.net has held true to this claim and have thus far open sourced the code for the private messaging clients Omega.app.net which is built on the App.net platform. Additionally ADN posted their entire documentation for their platform which makes it much easier for developers operating outside the eco-system to easily build / contribute tools that will interface with them in a more IndieWeb friendly fashion.

Previous Posts about app.net and other history.

App.net provided a utility called PourOver for syndicating posts into app.net from an RSS feed. You can read their blog post announcement. Using this utility, you could syndicate in a feed in real time since PourOver will subscribe to your PubSubHubbub-enabled feed.

This method also automatically added the "crosspost" annotation, which is App.net's way of indicating the canonical version of a post. This makes the posts look like native App.net posts and also provides a link back to your canonical post on your domain. You can see an example of a syndicated post from @aaronpk here.

IndieWebCamp community members who did this:

Summary: Setup an IFTTT rule to pull from your site feed and post to ADN accordingly, then poll your ADN feed to retrieve syndication permalinks and update your original posts to link to them with rel-syndication

IndieWebCamp community members who did this:

This is now deprecated as of 2016-03 as IF have removed the App.net channel.

If you had paid for an ADN API key, your site could send a copy of your posts directly to ADN using their API (instead of using and waiting for IFTTT to do so, and then polling for the ADN syndication permalink after the fact).

Using this method you could also send the canonical link to your post at the same time you create the post on App.net. To do this, you used the crosspost annotation field.

App.net had a developer community of apps and specifically integrations that allowed for interesting indieweb friendly potential:

They explicitly stated that the service would keep on running "on an indefinite basis". (However 2017-01-12 (see above) shut down was announced)

Also of interest is that App.net offers a developer incentive program for developers who build apps that interact on the App.net platform. Each month paying App.net customers are asked to vote on the quality of the apps they use. The total scores of the most highly ranked apps then receive a relative percentage of the $30,000 monthly pool. Read more about it here:

This seems like a ripe opportunity for a talented IndieWebDev to build a "hub" type app that does all the heavy lifting of web mentions, favoriting, following, and federation of data between Indie nodes and App.net networks. The end goal would be to allow any person on Alpha.App.net (or other App.net networks) to seamlessly publish and reply between networks once they've authenticated the app!

The Developer Incentive Program was shut down with the SOTU announcement of 2014 (see below).