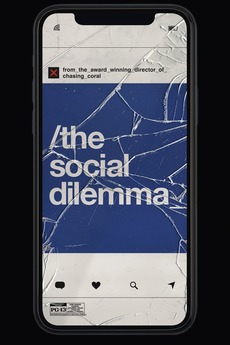 The Social Dilemma is a 2020 Netflix docudrama that critiques social media silos, and their use of recommendation engines in algorithmic feeds to amplify addictive behaviors in their users to maximize advertising business models, though presented from the viewpoints of former silo employees who have since turned into critics, while neglecting long-standing critical activists.

Big tech can patiently sit through some zingers about their business model, as long as the person delivering those one-liners comes around to repeating big tech’s latest Sinophobic talking point while repeating the “they meant well” myth.

This late in the game it is unacceptable for critics to regurgitate big tech’s talking points for them. These companies do not mean well, and we should stop pretending that they do.
—https://librarianshipwreck.wordpress.com/2021/04/28/they-meant-well-or-why-it-matters-who-gets-to-be-seen-as-a-tech-critic/