Block is a feature on many silos that provides the ability for one user to "block" or prevent interactions from another user.

Blocking is similar in some ways to muting someone, but beyond not seeing content from that person:

Mastodon has a block feature that allows you to block an individual user (no matter where they are hosted), or an entire Mastodon site ("instance") and all its users.

Facebook has a block feature. From their inline help on facebook.com (partially documented in How Do I Block Someone):

You can block someone to unfriend them and prevent them from starting conversations with you or seeing things you post on your Timeline. People you block can still see and comment on stuff you share in groups, apps and other shared places.

Flickr's block features is viewed as the current best-of-breed and most well designed/thorough block feature.

For details on what Flickr means by block, see:

Twitter has supported a "block" feature since 2007 April (or possibly earlier).

Twitter's "block" feature is widely viewed as insufficient, and has been through a number of iterations, one of which was no more than a renamed "mute"[1] (which they later actually released as a "mute" feature itself, since that by itself was useful for other use-cases).

Note that this user-facing documentation does not mention the caveat about retweets detailed on the /post/blocks/create API documentation (emphasis ours):

“…the blocked user will not show in the authenticating users mentions or timeline (unless retweeted by another user).”

Twitter fails to actually remove blocked users from your permalinks. All it does is hide them only from you.

Twitter shows blocked users' comments on your tweet permalinks to all other users (and the general public for public accounts).

Here is an example tweet permalink with a comments removed from a blocked user, shown only to the blocker (original poster) 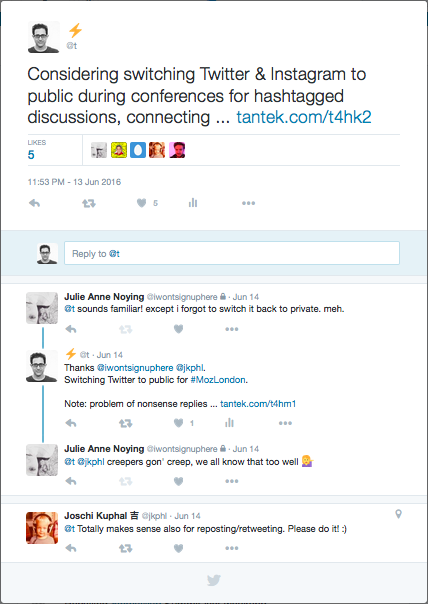 Yet here is how that same tweet permalink looks to others or the general public: 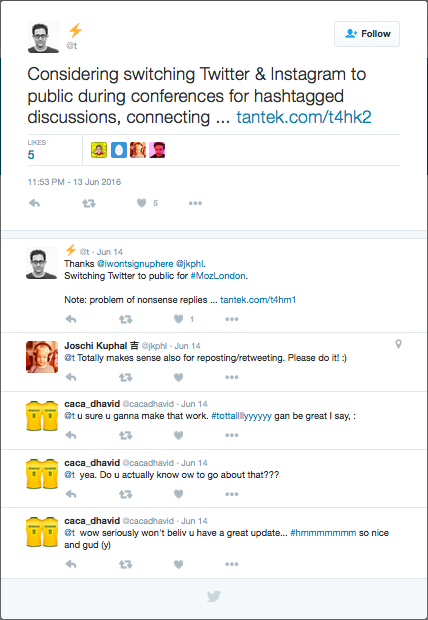 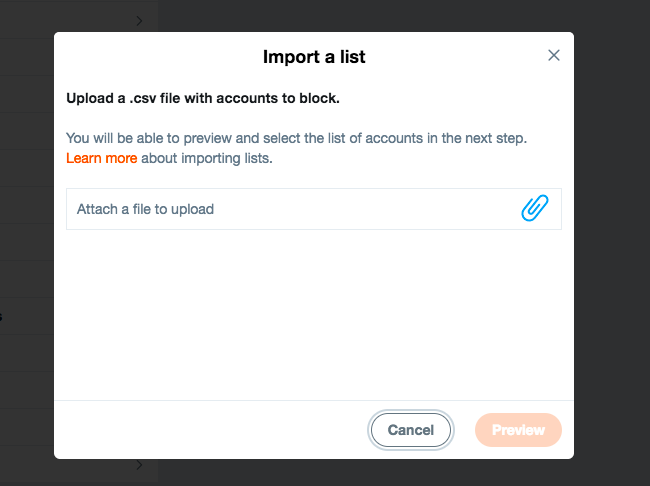