login (AKA sign-in) is a feature of many websites where a user is asked to provide a username (often an email address) and password in order to gain (more) access to the site; the IndieWebCamp wiki uses IndieLogin for delegated sign-in; other sites or services directly use IndieAuth for delegated sign-in.

(stub, consider making a separate page if this grows too big)

Delegated sign-in is a growing method for websites to allow signing-in via a third party authentication provider, instead of every website asking users to create a new username & password (and submit their email address). Screenshot from the article The Decline of OpenID.

Examples from the above screenshot:

Displaying such a variety of brands/logos/appearances is also known as the NASCAR problem.

The following from the screen shot are not examples of delegated sign-in: 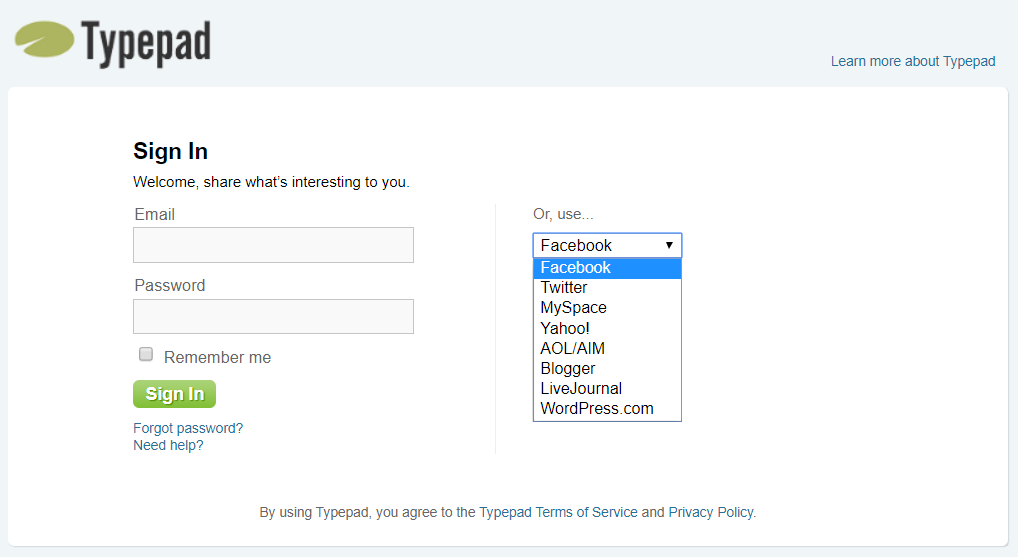