The social web map is a metaphoric map of social web sites, from fully indieweb to silos, representing their relationships, sizes, levels of IndieMark accomplishment (or site-death) and any other axes of interesting details we can capture.

This page is out of date since 2015 and needs updates at least in terms of examples given, and perhaps the confederation / league / alliance taxonomy, as well as lists of silos, some of which have gone underwater since

This started out as a brainstorm to create a 2013 Social Web Map, with the IndieWeb at the center, and different levels of indieness out from there. However anyone is encouraged to create such a map, with current information, or update the categories of sites below with any fitting additions, deletions, or changes in category.

Lists of map features - and how sites are included in them.

For more use Bridgy stats, e.g.:

Getting Started with setting up IndieAuth/RelMeAuth on your own domain puts you on the map.

Include and represent backfeed support / usage as well? E.g.

Silos that IndieWeb participants are POSSEing out to (direct or indirectly)

Possible to POSSE to (but no one is yet):

Impossible to POSSE to:

Sites that have died, depth by how recently they've disappeared. See site-deaths 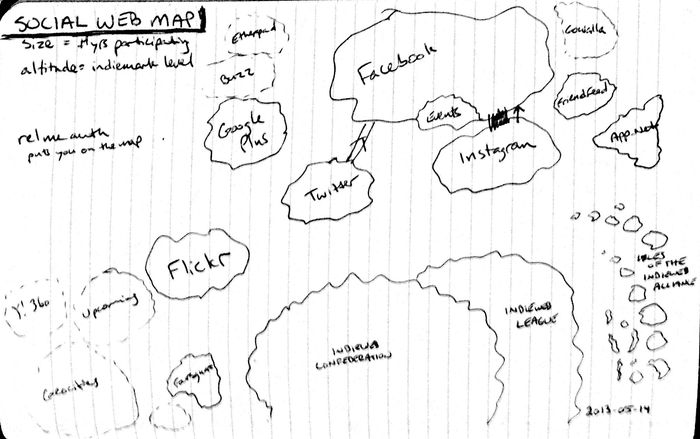 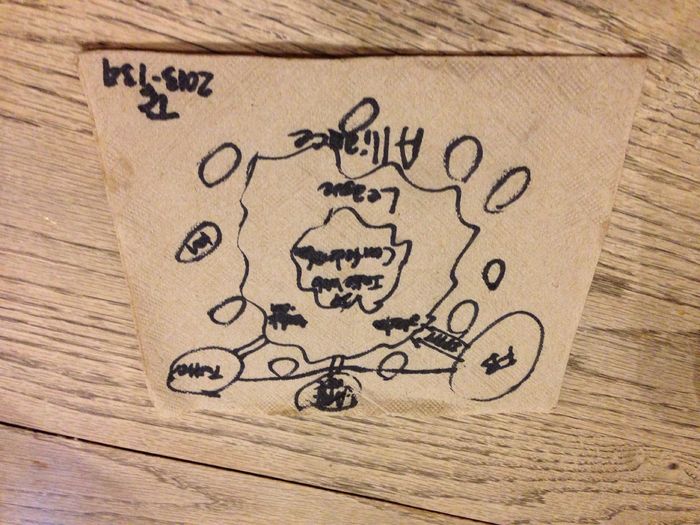