Explaining the IndieWeb was a session at IndieWebCamp Austin 2020. 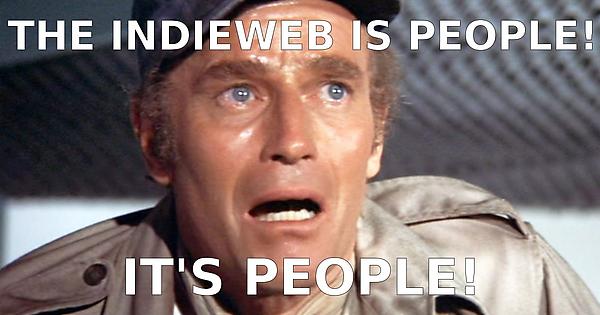 Jean's description of the indieweb:

There was an independent publisher's movement before facebook/twitter, but it seems like there is something different in the indieweb movement compared to the pre-social media blogging movement

Aaron: One reason blogs petered out was because it was only one way (broadcast) whereas social media became two way

Where do you draw the line for ownership? The line is the domain name.

"I understand the values, but what actually *is* the indieweb?"

Are there tools or resources for discovering indieweb people?

I can move to a new location but people will still be able to find me by my name.

You can move your content to different platforms/hosts and the links won't break.

Similar to how you don't want your email to be @ comcast.com

Everybody having a place on the internet that is theirs

Jack: The "micro" of microblogging makes it more accessible. People don't want to write thousand-word posts multiple times a week like the original blogs did.