From IndieWeb
(Redirected from badges)
Jump to navigation Jump to search

A badge (AKA achievement) is a visual indicator, with a post containing relevant metadata, of completing some sort of accomplishment, usually associated with completing specific tasks within a system that is frequently recognized as "achievement unlocked", or "you unlocked the xyz badge!". Badges typically have a visual icon as well as a short name and description. Badges are also used to indicate specific competencies or skills have been met in educational settings. Badges are typically a gamification mechanism to encourage users to more actively use a system or as a record of learning.

For IndieWeb badges you can use on your own site, see:

Mike Merrill awards badges to people based on his interactions with them in person.

Created a badge system for his classes EDU 407 Badges with a badge being set up as an h-feed and each badge as an h-entry and then using the id property to create a permalink to each badge. Each badge contains an h-card for the issuer, a link to the criteria, and link to the evidence. The badge is sent as reply post. Literacy Mantra Badge

Foursquare awarded badges for checking in to various kinds of venues, or using certain words in a checkin. Some badges were limited to specific events or geographical areas. Foursquare was largely responsible for the rising popularity of badges in online systems, as evidenced by how many later systems referenced Foursquare's badge feature. There are many fan sites that popped up describing each badge and how to earn them.

Swarm has largely replaced Foursquare's previous use of badges with stickers, which are now earned by checking in to venue categories and can then be applied to later checkins to earn more coins.

Discourse awards badges to users to "reinforce positive user behavior". Some badges are automatically awarded by the system, and others are awarded by admins.

Some badges they award include:

Stack Overflow awards badges to users based on your usage of the site, intending to award badges for being especially helpful.

Some badges they award include:

Untappd awards "badges" for: checking in beers; checking in at particular times; including a photo of the beer as part of the check-in; tagging friends on check-ins; etc. Additionally, users are able to propose and vote on new badges:

Github announced achievement badges 2022-06-09 [1]. By default they appear on your profile, but you can opt-out of displaying them.

San Francisco Elections provides an electronic “I Voted!” badge for folks who vote by mail: 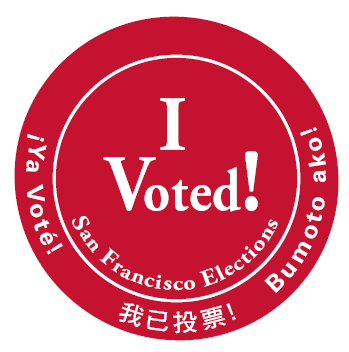 Open Badges, is an open technical standard first developed by Mozilla in 2011, with funding from the MacArthur Foundation, to establish a portable and verifiable credentialing system as a portable image file. The badge standard was transitioned to IMS Global Learning Consortium, a members-only organization, as of January 1, 2017. The Mozilla Backpack, a badge displaying tool, was transferred to Badgr.io, a badging platform by Concentric Sky.

The badging community refers to a baked badge as an img file containing links to metadata properties using JSON-LD. The same properties included in the Open Badges spec are found in an h-entry but the data is not in the HTML and readily available to human readers.

The Open Badges 2.0 spec, included an endorsement class similar to a like post from a third party to the permalink of the badge.

Credentialing at the DNS level

Webmention badges, using the u-reply-of microformats property, could provide for the ability for the issuer to establish their credibility through the use of their url.

A university websites url, for example, would be attached to any badge sent as a webmention.

This would provide a level of identification and credibility without requiring additional files.

While no one actually uses endorsements, the addition of the endorsement class was the major feature release in the Open Badges 2.0 spec. Webmention badges handle endorsements using microformat property "u-like-of." So if Company A wanted to endorse Badge offered by Professor X they publish a like post to the badge.

Third party systems such as webmentions.io can provide a record of badge issuance. A learning network could add their own ledger and syndicate badge issuance using the micrformats property u-syndication-of.