reply context examples are real-world examples of reply-contexts on both indieweb sites and silos, how they are presented, their visual design, UI, both on permalinks and in-stream.

If you support reply-contexts on your site, please take a screenshot of a particularly good example (the nicer looking the better, though any example is good), upload it to the wiki, and add a subsection for yourself in the "IndieWeb Examples" section below.

If you see a nice reply-context design on a silo, take a screenshot of it, upload it, and document it in the Silo Examples section. It's ok to document multiple examples per silo as sometimes they change their UI over time and it's helpful to see what design iterations they've gone through.

reply to a note 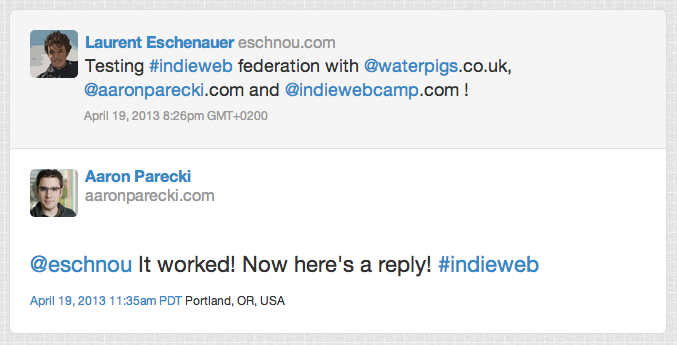 reply to a deleted note

IndieWeb examples of displaying a reply to multiple other posts 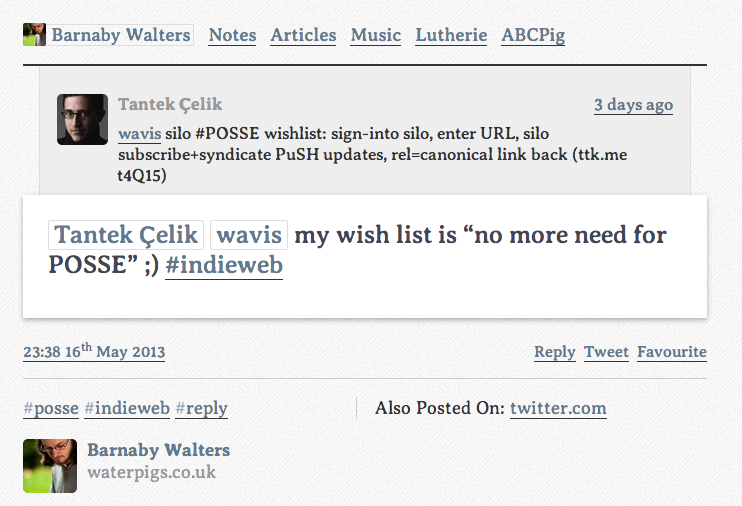 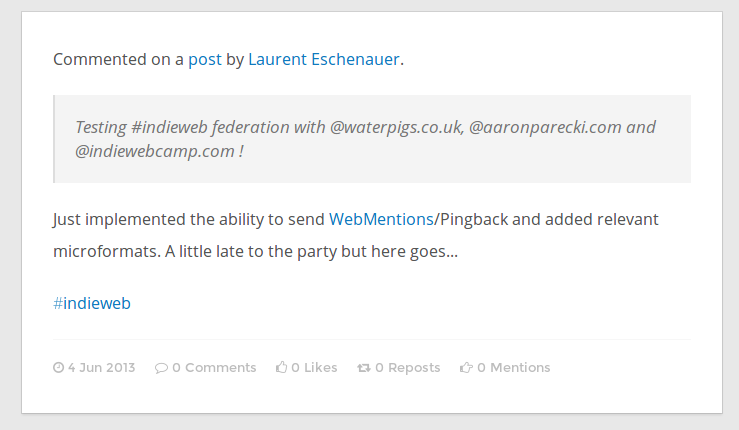 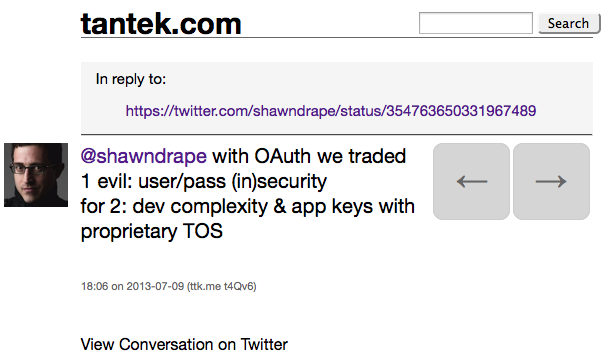 Example on tantek.com of a of displaying a reply to multiple other posts 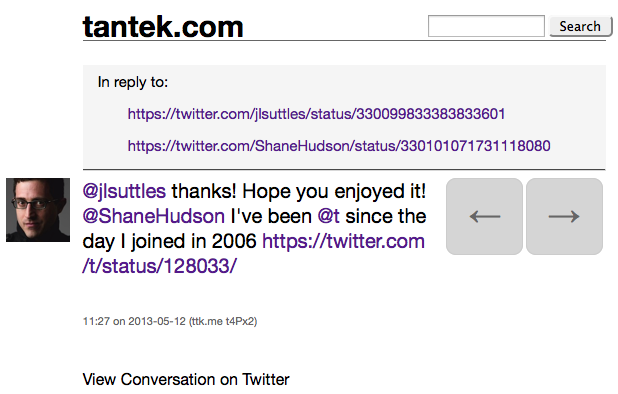 Reply context is shown with a "reply" arrow/icon, followed with the text "Replied to a post on ", then the domain of the original post, e.g. "bret.io", and finally a colon ":", where "a post on {domain}:" is hyperlinked to the URL of the original post. This feature was introduced on June 24, 2013.

This reply context presentation was modeled after idno as a way to get something working quickly. Still very much in development.

(as of 2014-04-30) Reply context shows a "In reply to" caption followed by a list of hyperlinked urls of the original post. 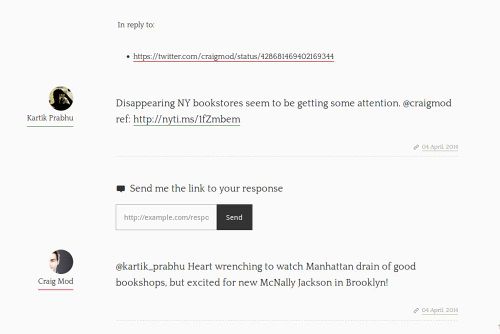 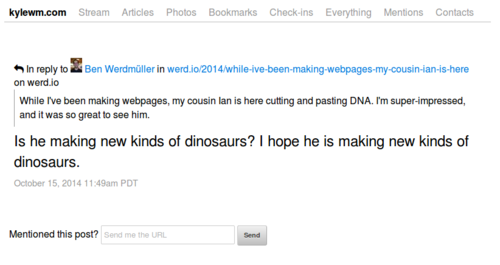 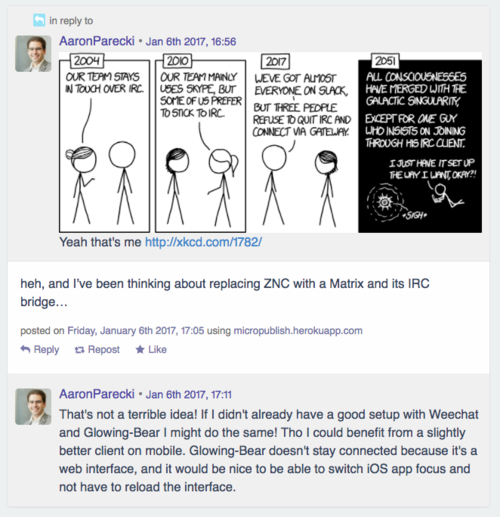 capjamesg displays the following pieces of information in reply context boxes (when such information is available to retrieve):

James' Micropub client first aims to retrieve this information using h-entry and h-card markup. If this markup is not available, the client will aim to extract the information above (excluding author icon) using another method. 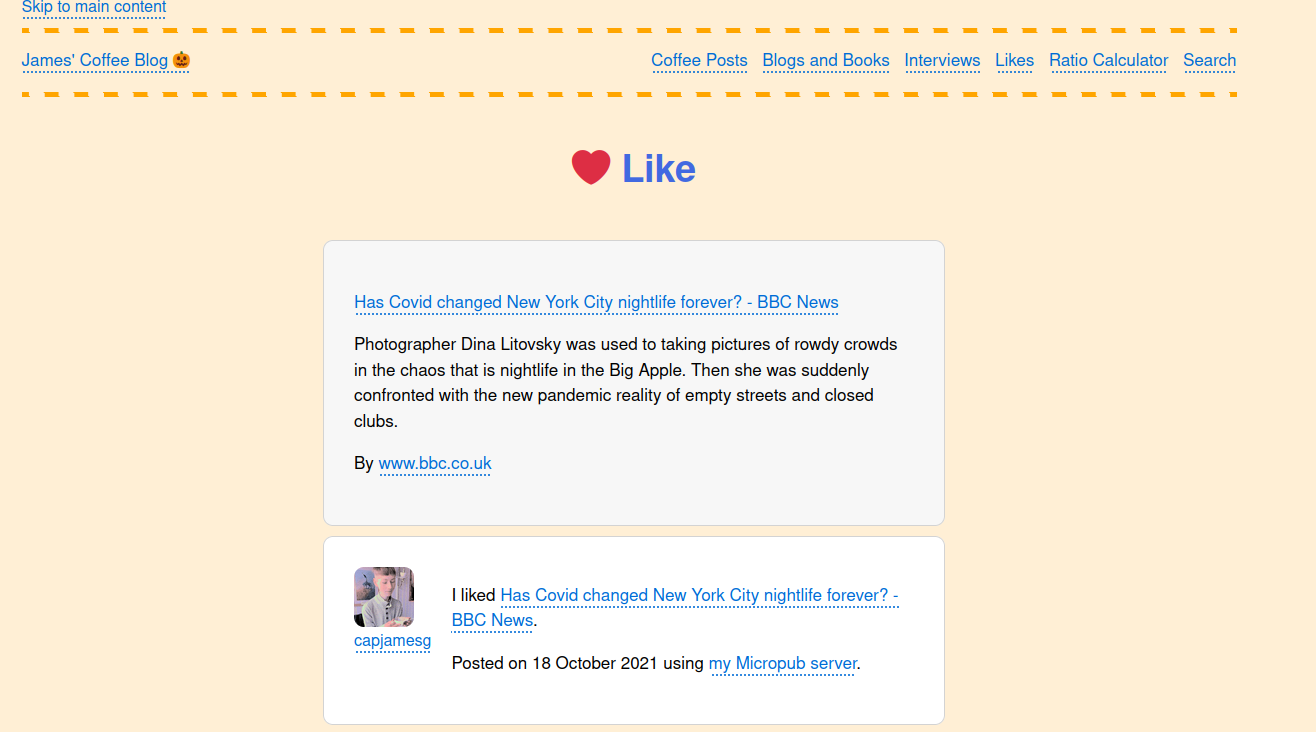 reply to a photo

Aaron Parecki of how a reply-context in-reply-to a photo post could show a thumbnail of that photo: 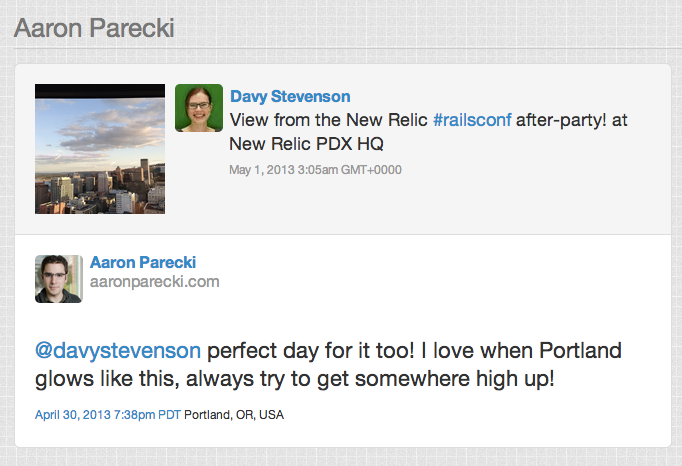 2018-03-03: On profile pages, when you choose Tweets & Replies, the replies show a minimal reply-context in-stream:

Note all the info packed into this display:

Note the reply-context is inside the quoted box along with the rest of the quoted reply.

Starting 2013-06-03 (and ending sometime before 2013-07-23) it appears that Twitter (for some subset of users) was showing reply contexts for @-replies even when the replies are displayed *inline* in a stream! 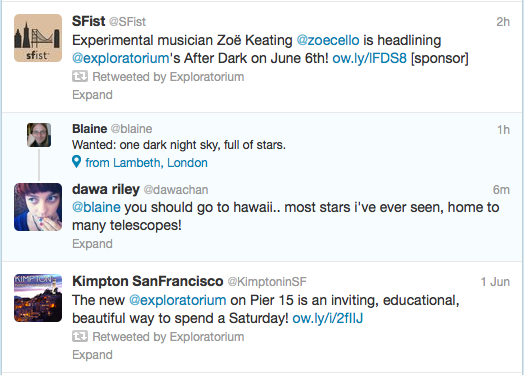 If the tweet being replied to is itself a reply to another tweet that is the start of the thread, all three are shown: 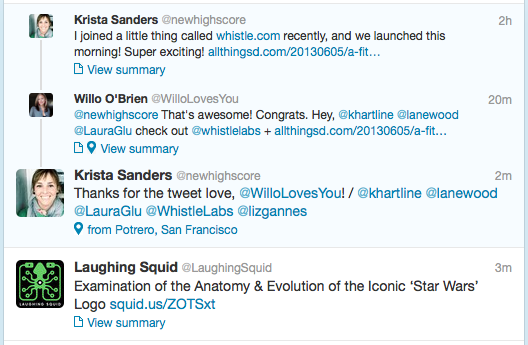 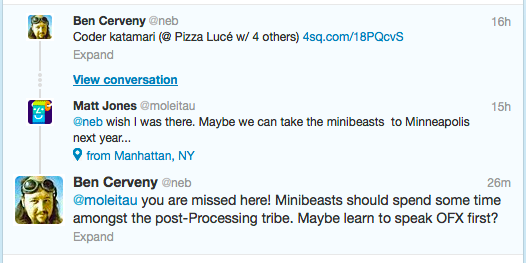 Twitter collapses a longer threaded reply-context down to the start of the thread, a "View n more tweets" link, the tweet that's being replied to, and finally, the @-reply itself: 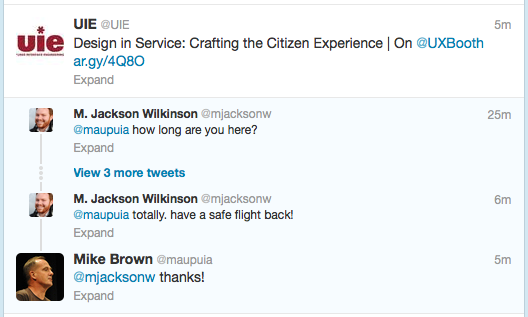 "View 3 more tweets" goes to the permalink of the start of the thread, it does not expand it in-place. Seems like reasonable behavior.

As of 2013-05-27, Twitter is using this reply context UI within email notifications spam: 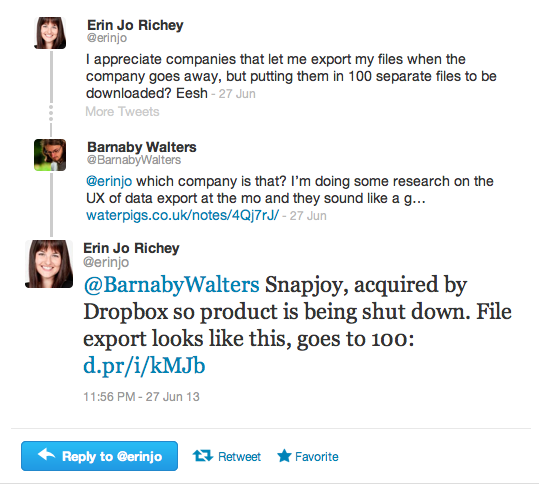