From IndieWeb
(Redirected from edit post)
Jump to: navigation, search

An edit (AKA diff, change) is a special type of reply that indicates a set of suggested changes to the post it is replying to. A collection of (presumably related) suggested edits in open source is often called a patch or pull request.

Reasons why you should publish edit posts, and support having a reader show them. Each of these are use-cases of their own merit.

E.g. edit a Wikipedia page by posting an edit on your own site, and notifying the original.

This is very similar to the existing git model of making a pull request from your own fork of a repository, and having that pull request automatically accepted because a repo policy.

While the above user scenario with Wikipedia is hypothetical and would require Wikipedia and thus MediaWiki to support receiving webmentions from edit posts, and understanding IndieWeb identity, there is something we can do first to prove it can work.

We can implement this scenario on IndieWebCamp's MediaWiki installation first:

And presto, you can edit IndieWeb.org without ever logging into it.

Why support receiving edits from others to your posts?

If someone you know and trust to edit your posts sends you an edit reply to your post, it would be nice to be able to automatically (or semi-automatically with a single "Accept" button click) to have those edits incorporated into your post, and somehow cite the edit post as having contributed.

This would require that the edit operations themselves (insertions, deletions, replacements) be explicitly marked up in a way that was automatically machine processable.

Why show edit posts in your reader?

By implementing the consumption and display of edit posts in your reader, you can view edits made by your account on another site, or edits to a particular page, or even all edits to a wiki.

E.g. if third party wiki commons (like Wikipedia) supported marking up their edit permalinks as edit posts, and in their streams of edits as well, it would be possible to follow/subscribe to them in an indie reader and see your edits on another site show up in the stream of posts in your reader.

Why publish edits you would otherwise publish elsewhere?

The idea was discussed in 2014, and again in 2018 regarding the posting of git/code diffs in a post as a way to create a lightweight pull request. The post could contain web action tags to trigger some kind of diff handler to open and inspect diff in the correct repo using git.

A Pull Request could be a published as:

There are a few edit posts that are special enough (i.e. how they are typically presented, and the UI for creating / interacting with them) to be worth discussing separately:

Despite the difference in UI for those special "edit" posts, it may be worth using a single unified "edit-of" markup model for them. See the brainstorming section for more.

We haven't quite figured out the "how" of a good way to markup edit posts.

A good start seems to be to write an "edit" like a reply, but with class="u-edit-of" instead of class="u-in-reply-to"

The details of how to markup the diffs (deletions, insertions, replacements) of an edit are still being figured out in the brainstorming section.

MediaWiki, e.g. like on this wiki, has permalinks of individual edits:

As well multiple places where streams of edit summaries are displayed:

Wikipedia, an openly licensed commons, being the biggest deployment of MediaWiki, effectively has permalinks to diffs which show all the changes made in an edit. E.g.:

On Facebook, edit posts can be some of the most popular posts, e.g.

In each of these cases, such posts typically generate numerous responses (e.g. likes and comments), far more than the average on that person's other posts.

Facebook also allows others to suggest changes to your profiles e.g.:

(stub - this section could use expansion and broader coverage)

While the create event UI lacks an option to select an existing photo, after the event has been created there is a button at the top right "Change Event Photo" which drops down several options, including "Choose from My Photos" and "Choose from Event Photos" 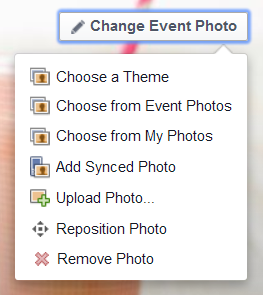 Facebook has some event editing restrictions, including in particular capitals and punctuation in the event name, e.g.: 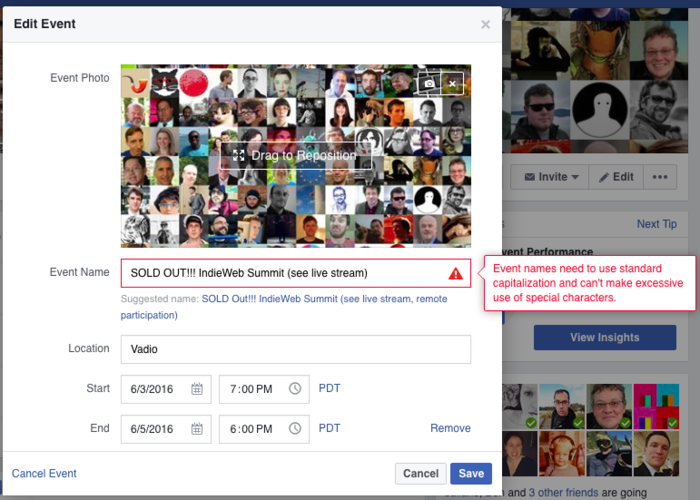 Event names need to use standard capitalization and can't make excessive use of special characters.

Note also the "Suggested name:" below the field.

Obviously no such restrictions exist on the IndieWeb.

You can name your indie events whatever you want.

GitHub, a silo, has permalinks to pull requests which are a collection of commits, or edit posts. E.g.:

as well as permalinks to individual commits (edit posts) 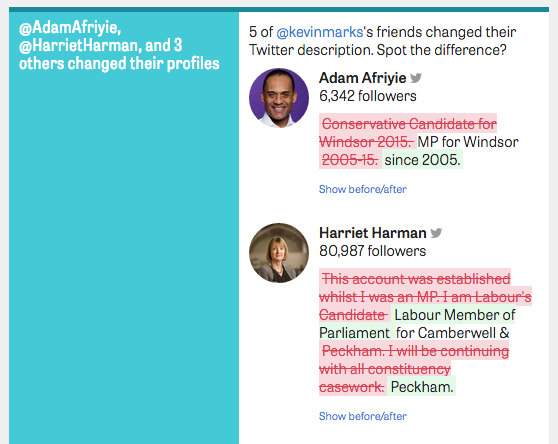 Thoughts on how to publish an edit of a specific property.

Below is an example of updating a photo property of an h-card as discussed on IRC 2015-05-27 and iterated on github.

Consumers of this post must act only on non-empty property values on the object embedded on the "p-update" property.

Micropub has edits, maybe that structure could be adapted? (With the benefit that accepting an edit could be a straight-forward translation of a proposed edit to an MP-request).

add remove properties on other posts

There are particularly common use-cases for (requesting) adding and or removing specific properties on other people's posts.

As these are adding/removing entire property values (rather than just changing the content property) and thus may merit a different approach.

A very basic option (e.g. to propose a spelling correction) could be a fragmention for content selection and just the proposed replacement text.

Chris Aldrich, in part out of laziness and lack of an easy way to implement a workflow and mark up, will post content (bookmarks or notes) to his website and (pseudo-)syndicate all or portions of it to the IndieWeb wiki as either edits or as links to See Also sections of pages. "Pseudo" because the content isn't always a 1 to 1 match. To document the change, he'll include a syndication link on his website to the permalink for the edit on the wiki. Having subscribed to feeds of wiki changes/edits before the user interfaces are far less than useful/ideal, so having a better contextual bookmark on my website makes more sense for readers while somewhat reformatting things for the readers of the wiki (a related but somewhat different context) works better for that, but still provides bi-directional links and references.