Annotations are comments (including marginalia), highlights or any other interactions that add to (part of) a post, typically added by individuals other than the author.

See responses for more types of annotations and details therein.

Opinions about "annotation" (the process/action).

Just a means to an end 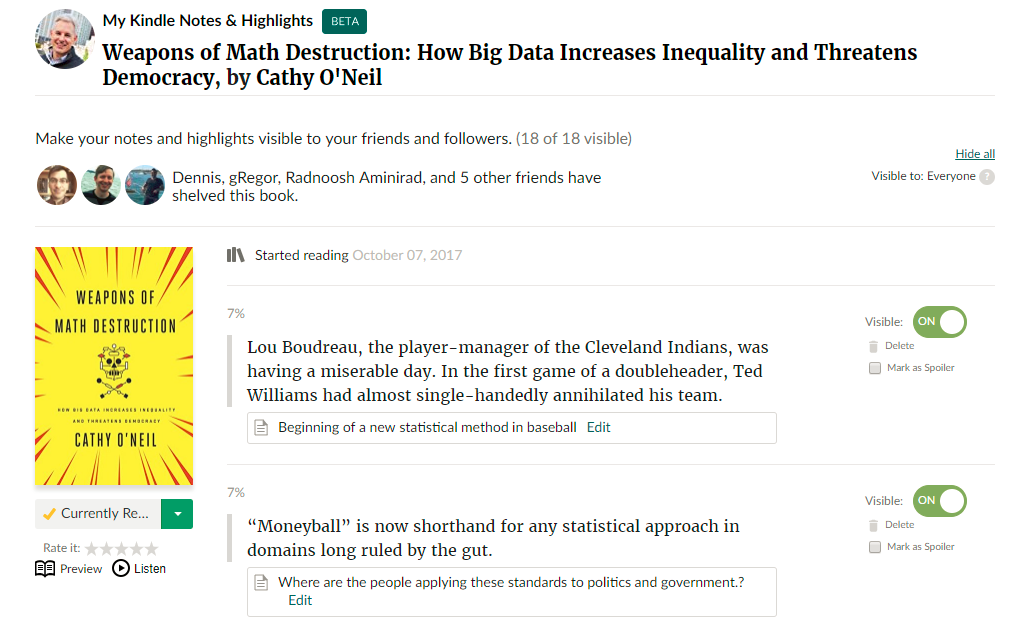 In 2016/2017 Hypothesis was maintaining an active spreadsheet of sites and services that enabled annotation on the internet.

On 2017-02-23 the W3C published several inter-related recommendations based on the notes of the Web Annotation Working Group. For some discussion on them, see Annotation is now a web standard post on Hypothes.is blog.

Despite being published as W3C Recommendations, there has been very little actual support in the wild for these W3C specifications, outside of Hypothes.is, which has essentially become a dominant silo for W3C-spec annotations.

Many web-based annotation programs/applications only allow the communities or subgroups who are aware that they exist to see the annotations, thereby making them available for potential abuse.

Webmentions could be used to help remedy this potential problem: