Year in Review is a feature on some silos (like Facebook) as well as being a special kind of article on some IndieWeb sites that summarizes important aspects of the past year. In some sense these posts are derivative of and similar to handwritten letters that families might include in annual holiday cards sent to families and friends detailing their major annual updates.

Zoetica Ebb published a "Year in Review for 2015:

Eric A. Meyer has been posting "Year in Review" posts since at least 2015:

which itself discusses Facebook's feature of the same name.

Ben Werdmüller has been posting "Year in Review" posts since at least 2015:

Ariel Waldman published a "Year in Review for 2015:

Aaron Parecki published a Year in Review post for 2017

gRegor Morrill published a post with some of his 2017 highlights

Jeremy Keith published 2018 in numbers which details the number of posts and lots of rich data about his website (along with sparklines). The bottom of his post also includes links to several others' Year in Review articles. Tracy Durnell has been posting a personal annual review and a creative annual review on her secondary website since 2017. Earlier reviews combined reviews and goals, but now they are separated. In 2021 she posted a year in reading and year in listening that pulls from Last.fm's year in review report. 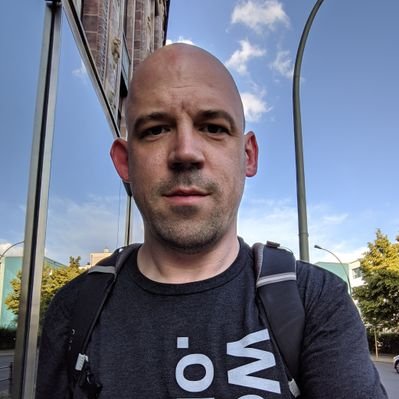 Jeremy Felt has been posting some form of annual review or reflection(s) since 2013. He maintains a list of these on a Years in review page.

Murray tries to post overviews of their year, along with goals for the year to come. These started life as "resolution" style challenges, but have evolved into more generalised "themes" around personal progress.

They have also dabbled in more data-focused, "wrapped" style posts:

Add yourself here… (see this for more details) Goodreads gives users a "Year in Books" that recaps their year's reading progress of what they read as well as the books they finished. Typically email reminders are sent out in early December, but the review page auto refreshes based on data updates at future times. Example: https://www.goodreads.com/user/year_in_books/2018?int=YYiB18_sa

Pocket regularly emails out (semi-private, but shareable) links to users to recap how many words they read during the year and the rough equivalent in number of books. They also advertise most popularly bookmarked articles and other discovery related features. Here's an example of one such year in review post from

Strava annually creates a "Year in Sport" film for your profile, go to the year.strava.com to view it, e.g.:

Can be accessed here: https://www.swarmapp.com/user/year-in-review/2018 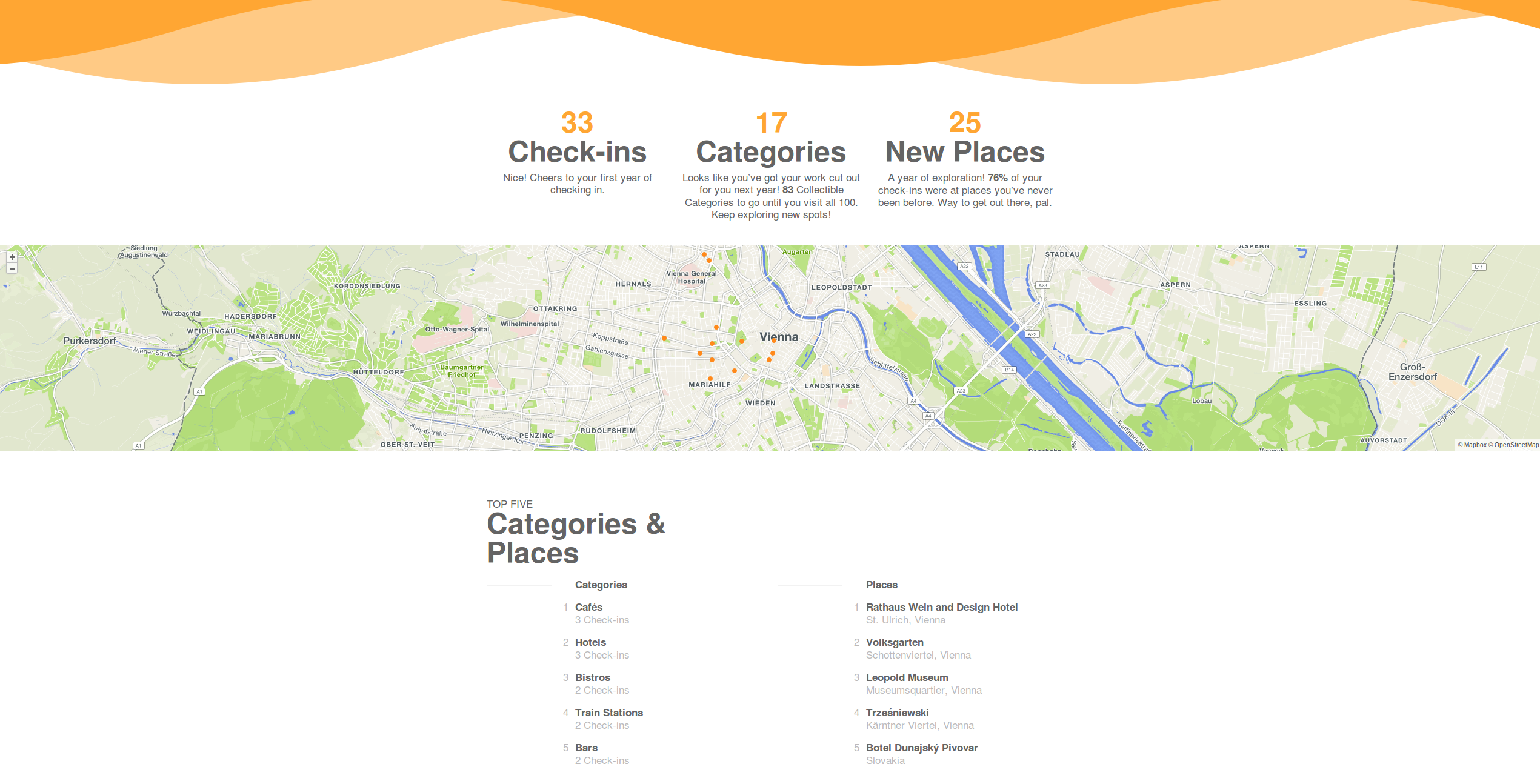 Spotify creates a personalized "Spotify Wrapped" review in December each year, which highlights a user's top-listened artists, tracks, and genres, as well as other factoids that change from year to year. It's viewable only on the Spotify app, in a "stories" style format. They also create a playlist of the user's top 100 songs from the year. While presented as an end-of-year wrap-up, it only includes data from Jan. 1 through Oct. 31.

Last.fm provides an annual review of a user's listening habits in their Last.year report, released in January each year. It identifies the user's top artists, albums, and tracks from the previous year, and provides graphs visualizing user's listening habits, such as time of day and day of the week, as well as trends in genres ("tags"). Listening statistics are compared against the previous year.

Untappd generates a "Year in Beer" for users each year that displays your most frequently checked-in beers, styles, venues, and friends. Some statistics are compared with those from the previous year.