Webmentions Beyond Webmention.io was a pop-up IndieWebCamp session in 2021.

Webmentions haven't really been revisited in some time (and with the advent of people leaning to Webmention.io). This is a chance to see what's been really wanted, what hasn't worked and where we can go with it.

Let's webmunch on the riddle of webmentions. How can we get more people hosting their own webmention sending, receiving, and validating?

How can we prevent Webmention.io from being the beginning and end of IndieWeb participants' use of webmentions? 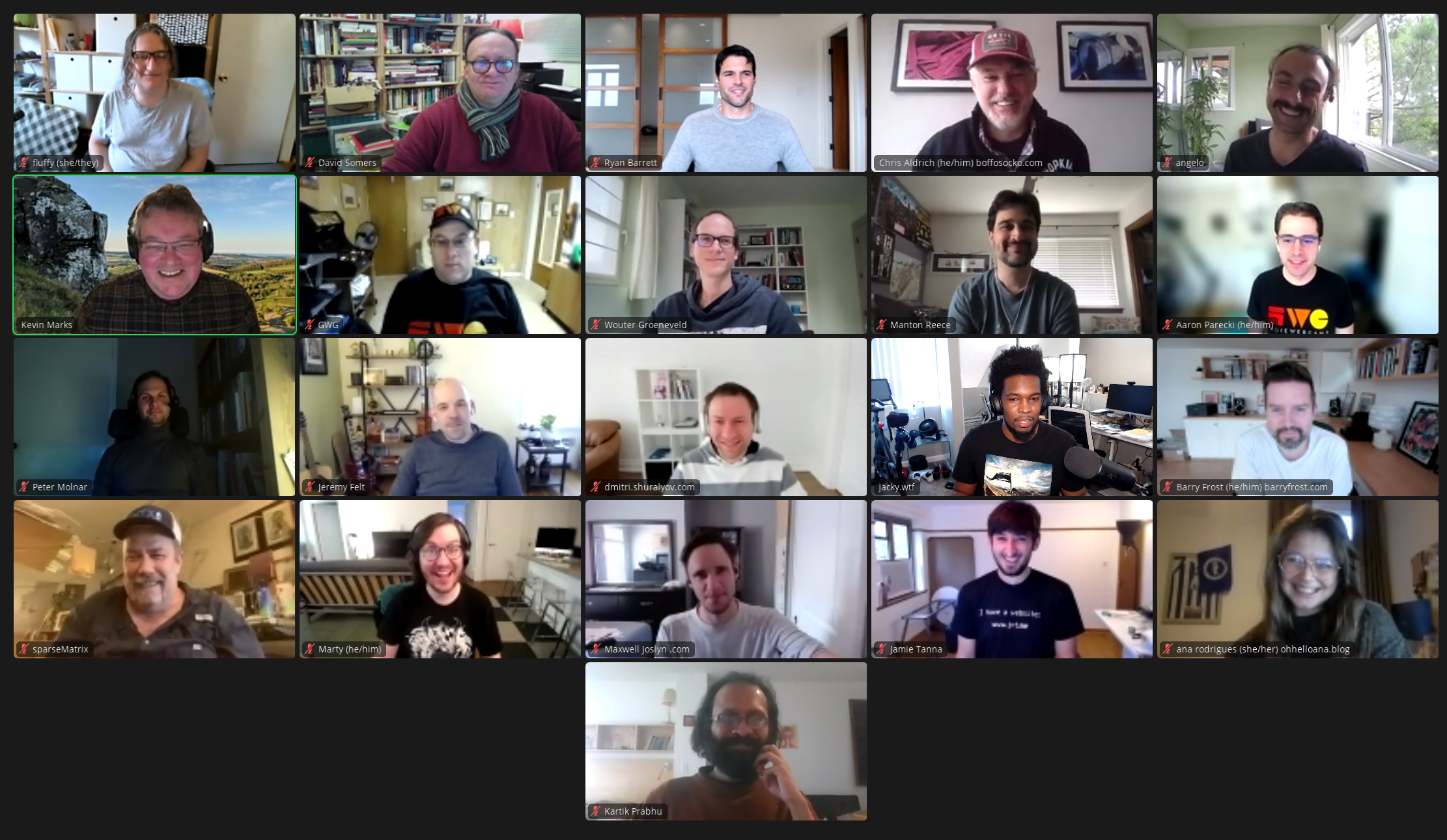 Add your +1 for interest in this topic:

Why do people use webmention.io?

What are the difficult parts of receiving?

How can we remove some of the load from webmention.io and create alternate implementations?

Stats from 2017 (https://indiemap.org/docs.html#rel_me_histogram ) showed that the vast majority of indieweb sites were either WordPress or Known, which handled webmentions themselves. Micro.blog is the one new big one, it also builds them in. What's the scope of the wm.io problem specifically?

Wouter Groeneveld don't forget that wm.io also supports PINGBACK! and I have no idea why it's ignored here. Most sites - blogs on Wordpress - have it built-in. I've received more pingbacks through my pingback endpoint than webmentions...

How might we break down webmention.io down into smaller/easier constituent parts as a means of solution for this?

q for Aaron: what is rough cost of running wm.io per month?

petermolnar:Could we look at having a comment using an oembed-style representation for a comment? Monocle/Quill does preview/reply context, built by the receiver, but OEmbed would produce the data on the sender's side, could then be embedded directly in the received

Granary.io mentioned as a service for converting one format to another

There is this diagram:

Put issues and thoughts in here:

Join us via IndieWeb chat: https://indieweb.org/discuss

Discussion during the break