From IndieWeb
(Redirected from t)
Jump to: navigation, search

📔 A note is a post that is typically short unstructured* plain text, written & posted quickly, that has its own permalink page.

Creating, publishing, and owning your own notes is a key step towards reducing dependence on Twitter.

*Though unstructured meaning without a heading/title or any other explicit structure, notes can include several lines of text or even lists using "*" or numerical markers due to common whitespace support.

Most of the reasons why apply quite strongly to publishing your notes on your own website. In addition:

The most common POSSE destination for notes is Twitter because implementing note posts on your own site is a great way to start to own your data, with posting notes only on your own site, and having it automatically POSSE to Twitter, and never ever posting directly to Twitter again.

See: 'Twitter#POSSE_to_Twitter for details on How to POSSE notes to Twitter, and replies too!

(need additional note POSSE destinations along with motivations for doing so).

Here are documented examples of IndieWebCamp participants' sites that support publishing notes and do so (i.e. before POSSEing to silos). In date order (earliest first) :

Jonny Barnes on https://jonnybarnes.uk has been posting notes since 2013-12-03

David Shanske on david.shanske.com since 2014-03-17. Had imported older material as notes prior to this.

User:atomicules.co.uk since 2015-05-18 (originally at http://atomicules.co.uk/2015/05/18/All-being-well-I-m-now-syndicating-notes-tweets--indieweb.html which 404s since at least 2018-02-17). I use Jekyll with a notes subdirectory to _posts. The note is simply stored as the title element in the yaml front matter. I use a rake task to generate and syndicate the note from the command line.

Jonathan LaCour has been using Known on cleverdevil.io since 2015-08-06.

Martijn van der Ven has made posts marked up as notes since 2016-09-25, when his blog was relaunched in an IndieWeb style. Most posts since then have been titleless notes, including some multi-paragraph ones. 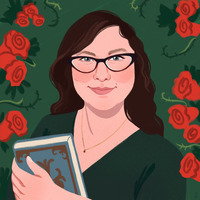 Kimberly Hirsh has been posting notes using Micro.blog since 2019-12-28. She previously published notes inconsistently via WordPress beginning in March 2017. Notes are automatically cross-posted from Micro.blog to Twitter and Tumblr.

Past examples of indieweb note posting, either offline or otherwise no longer working:

There are certain UI elements which are common to most implementations. These include:

Various sites/solutions auto-link and/or auto-embed URLs and other linkable things in notes.

You can use the CASSIS auto_link function to do all the above (except the "even better" enhancements) automatically to a piece of plain text.

Location (AKA Geo) of notes is somewhat rare and not very well done. Nonetheless, there are questions, use-cases, and examples.

Why? What's the point of posting a note/tweet with location information? (one that's not a checkin)

Here are use-cases for why your notes should support location information:

How To Add Location

Use the p-location property to markup location information inside an h-entry.

In addition, use h-geo or h-adr to markup the details of your location information, whether lat/long coordinates or a structured address, respectively.

Silo examples can be useful for research purposes and to help inform indieweb design.

Space characters are often entered into text posting UIs, and more and more preserved when presented, and when exported or edited.

Summary: IndieWeb implementations would have to preserve space characters in posting UI to storage to display round-trips. See below for presentation details.

When presenting space characters implementations should:

For more details and history, see: space characters in text.

Since notes are such a ubiquitous content posting type (Thanks to Twitter), it's no surprise that subtypes of notes are evolving for representing additional structure or types of information. Let's document them as they emerge.

microsyntax and picoformats are broader efforts to briefly and readably structure information in pure/plain text form.

When displaying a note, it is customary to just display the note content and no explicit note title.

While this is fairly straightforward for a site itself (which often has its own post type information, perhaps even as an additional class name on the h-entry like h-as-note), for sites that display h-entrys from elsewhere it helps to have an algorithm to determining when is a note a note and should thus be displayed as such.

Summary: if the name of the h-entry is essentially the content of the entry, it's a note, just display the content (and no explicit name/title).

Algorithm for a parsed h-entry

Since there are two ways indieweb sites post notes with whitespace (namely whitespace characters vs whitespace markup), when code that consumes such notes displays them, they should handle both methods.

This rough heuristic may work:

Questions about notes, implementing them, publishing them.

Q: As an implementer of notes on my own website, should I store markdown or just plain text and autolink/autoembed everything?

A: Typical implementations store plain text for notes and use an autolinker/embedder to create links and embedded images. E.g.:

how long should notes be

Q: As an implementer, what's the maximum size I should allow for notes?

A: Up to you and your own site needs! Typical implementations do not have note length limitations.

Q: When displaying a list of h-entry notes, e.g. in comments-presentation on a post, or in an indie reader, when should the name, or name+content, or just content be displayed?

A: See notes display for how to determine when to use a name or name+content and what to display accordingly.

Including a p-name in a note

Q: Why should you put a p-name in a note? It seems uselessly redundant.

A: You probably don't. Some Feed Readers may have problems with title-less content because their UI assumes a title will always exist. This is in part because the RSS and Atom standards both required a title in all item/entry elements, even though many readers would still function correctly if one wasn't supplied. For instance, circa 2010-2011, Google Buzz and Google Reader cause content with no title to show up as blank entries in a list. This advice is mostly no longer relevant, and notes should not have a p-name.