An RSVP is a reply to an event that says whether the sender is attending, is not attending, might attend, or is merely interested.

Looking for a quick way to RSVP to the next IndieWeb event? See:

Own your RSVPs! It’s empowering being able to RSVP (especially yes or maybe) from your own site to the indie event posts, and via Bridgy Publish to Facebook events as well!

Share your RSVPs with friends. For public events that you'd like your friends to attend, post RSVPs publicly on your own site. When your friends see that you're going or might go, it helps encourage them to also attend.

Encourage friends to go even if you cannot. Why implement and post a RSVP no? A public RSVP no is a good way to share and promote an event you wish you could go to but can't make it to.

Why POSSE RSVPs? Because the sharing / encouraging aspect of publishing makes sense beyond the simple RSVP answers, it also makes sense to POSSE all your RSVPs as you would any other reply or note (e.g. to Twitter etc.) beyond just responding to the event.

How-tos for RSVP posts are very similar to the how-tos for reply posts so we won't duplicate common info here.

How to publish an RSVP:

Use a tool that supports RSVP posts! E.g.

How to RSVP with WordPress

If you use WordPress:

How to RSVP with Micro.blog

If you use micro.blog:

See this post from Manton: Micro.blog RSVPs with Webmention for more details.

How to RSVP with Known

If you use Known:

As of the 0.99 release, Known includes an "Events" plugin by default. Once signed into your Known site, you may activate the Events plugin under the "Site Configuration" menu. Navigate to Plugins, scroll down to find the Events plugin, and click to enable the plugin.

How to RSVP with HTML

Or if you're using another tool (like your own CMS) then:

1. Create a reply post and use the h-entry p-rsvp property to specify your RSVP status. Here's a minimal RSVP post example:

Replace the ALLCAPS URLs and LINK TEXT with info for you (your site, photo, name), and the event (event link, name).

2. Send a Webmention to the event post as you would for a reply to any post. (Sending your First Webmention from Scratch by

Aaron Parecki is a good tutorial for those doing this for the first time without using other software.)

3. You should include author information in your RSVP post so the event knows who is attending (and then send another Webmention so the event page gets the update).

You can also use the data element to express the meaning behind the literal p-rsvp value while providing your own visible human readable language:

If there are multiple copies of a single event (e.g. POSSE copies, or reposts), or multiple sessions for an event, you can post a multi-RSVP, a single RSVP post that replies simultaneously to multiple event URLs.

Publish a multi-RSVP just as it says above, and add in-reply-to markup for each of the events, similar to how a multi-reply does so to multiple posts.

NEEDED: (a complete multi-RSVP markup example would be nice too)

Similarly, update your RSVP and send another webmention.

Similarly, delete your RSVP, send another webmention, and be prepared to return 410 GONE for your RSVP permalink.

RSVPs are sent to event posts, which should recognize that this type of response is a special RSVP response, and can use that to increment attending/not attending counters for example.

When you receive a webmention from a URL that is a reply (has an in-reply-to URL that is the event URL), also check if the entry contains an rsvp property.

Bret Comnes has implemented RSVP posts on his site bret.io:

Aaron Parecki has implemented RSVP posts in p3k deployed on his site aaronparecki.com: 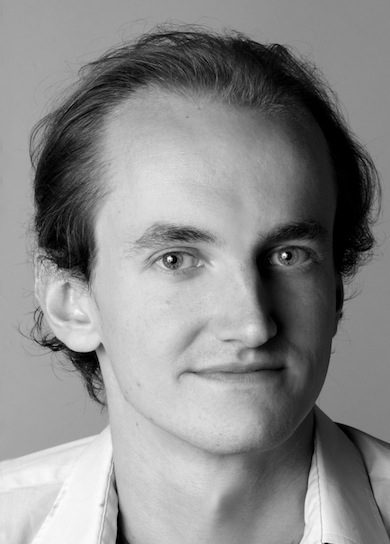 Tantek Çelik has implemented RSVP reply notes in Falcon deployed on his site tantek.com as of 2013-264, and support for all RSVP values in Falcon as of 2017-016!

RSVP posts' reply-contexts are marked up with the p-rsvp property from the microformats2 h-entry plus proposal.

Kyle Mahan has posted RSVPs on his site since 2014-04-08. RSVP posts are just regular replies with a hand-authored p-rsvp property. Examples:

gRegor Morrill Has manually posted at least one rsvp on gregorlove.com as of 2014-06-26:

I also RSVP to events on sites that don't support webmentions or microformats, like meetup.com: 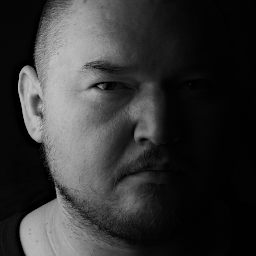 Jeena Paradies implemented RSVP notes on his site jeena.net since 2016-??-??

Tom Arnold implemented RSVP notes on his site www.webrocker.de since 2016-04-16

Ryan Rix (rrix) is able to publish RSVPs through Arcology since 2016-04-23 by attaching a p-rsvp property to any reply. This is syndicated out to non-indie events using Bridgy. E.g.

Martijn van der Ven has been RSVPing since YYYY-MM-DD? when confirming he was going to the first HWC of 2017 in the Netherlands. Example:

Eddie Hinkle has been RSVPing since 2017-03-11 when confirming he was going to his first HWC in Baltimore, MD. 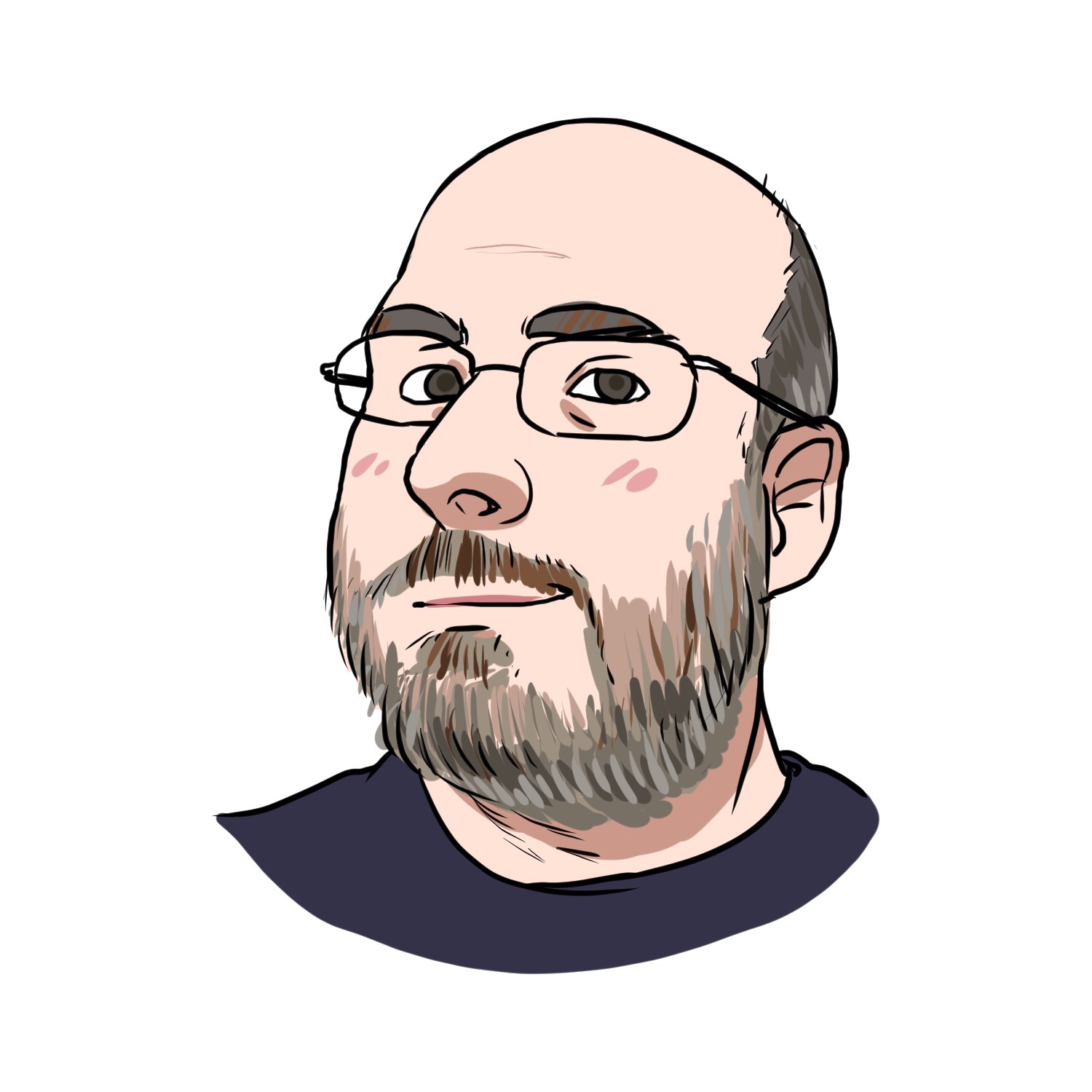 fluffy has been RSVPing since confirming attendance of IndieWeb Summit 2019 in Portland, implemented using custom headers implemented in a Publ template.

An RSVP post starts with some UI to create it, typically in the context of a specific event.

A reader could recognize a public event post, and present buttons for the user to RSVP (e.g. via micropub with their own site).

Clicking either button would publish the respective RSVP to the user's site via micropub, and at a minimum could then:

A reader that implemented the above [ Interested ] [ Going ] buttons could add just a tiny bit of browser-only code that allowed for undo and updates, as follows:

But this time, if the user clicks a button, only that button turns into static text, e.g.:

If the user clicks Going:

If the user clicks on the static text with checkmark ✓, then delete the RSVP and show:

Similarly, if the user clicks on another button after clicking one, then update the RSVP accordingly and switch the display to that button being static checkmark UI text.

If a reader can keep track of the posts it has made on behalf of the user (keep a cache of the user's RSVP post permalink), then it could update the buttons accordingly (instead of just showing static UI text).

If they chose "Interested", show a button drop down

which when clicked shows:

If they chose "Going", show a button drop down

And if they click any of those, the show Going as above, and:

If they chose "Maybe", show a button drop down

If they chose "Not Going", update the RSVP post and show a button drop down

And again, when selected, update the RSVP post and show the updated button/dropdown.

For private events and invitations, a reader could instead display:

Invitations to a private event typically have an expectation (from the host) of a stronger indication of intent of the invitee. If you receive an explicit invite to a private event, it's more likely that the host wants an actual yes/no response vs a silent ignore.

Similar to like brainstorming, it's useful to explore how to best represent RSVP posts as a notification (e.g. to the author of the event (and the invitation) that the RSVP is responding to), text only (e.g. SMS authoring/output or POSSEing to text only destinations), inline hypertext and markup for that.

E.g. some p-rsvp value/prose equivalent possibilities to consider, as the start of a plain text reply

Remote variants? Only for some level of actual participation (yes, maybe).

gRegor Morrill: I was thinking about this and wrote an idea to parse plain text Twitter replies since they're sent to me via Bridgy. I'm experimenting with this for 2019-12-11 HWC (see tweet). Added text above, inline.

If an event has a remote-participation option (no idea how to represent that other than prose), then it makes sense to allow people to RSVP as a remote participant.

This is useful for at least two reasons (use-cases), a remote RSVP ...

What value could be used to?

It is necessary to differentiate yes between remote and onsite, especially considering the second reason given above. Someone participating remotely will not be taking a seat and may not always count towards the total of guests allowed.

How and where should RSVP posts be POSSEd?

Twitter - can we compress the details of an RSVP post into 280 characters or less? (256 to leave room for event permalink URL).

While this may be more appropriate on RSVPs#Brainstorming, keeping here since it is part of the same design dependency as POSSEing to Twitter — human readable plain text RSVP posts.

If event capacity is limited, the event host may not know at the time of responding to the RSVP whether you are allowed in (get a ticket) or not (waitlisted). It can supply a URL to answer this later in the RSVP 202 response. However this protocol could be extended to cover the ticketing case too.

Attendees can also RSVP for multiple people, ie request multiple tickets, by posting multiple RSVPs, one per ticket. CMSes can automate this with custom RSVP UIs that generate and send an RSVP post per ticket.

During the event, there are a couple possible ways for host(s) to verify attendees. If you want to use traditional tickets, when the RSVP poster goes to the ticket link, they can authenticate in with indieauth to get the actual ticket proof, which may be printable, a QR code to display on the phone, or just a page you show to the doorkeeper.

A more modern, IndieWeb way is to forego tickets entirely, digital or otherwise. If the host has followed the process above, they end up with a list of RSVPs and domains for those RSVPs. The host can then set up a page on their site that accepts IndieAuth logins. When an attendee arrives, they IndieAuth into that page with their domain, the host checks the domain against their RSVP list, and lets them in (along with any guests).

It could be useful for RSVP 'yes' posts to appear in your calendar.

No. Per the h-entry specification, the values for p-rsvp are Case-insensitive values, normalized to lowercase., so yes, Yes or yEs are all valid and equivalent.

Many details about Facebook's RSVP posts and buttons (including screenshots and wireframes) are captured here: