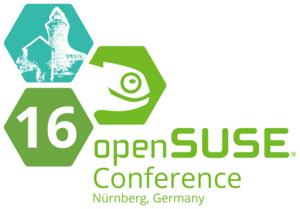 IndieWeb Hack Day Nuremberg 2016 is an all day IndieWeb hack session with introductory talk, held as part of the openSUSE Conference 2016. It's the perfect chance to both become acquainted with the IndieWeb and implement some of the IndieWeb features on your own website in one go.

The IndieWebCamp Nuremberg 2016 on April 16th and 17th was a big success with lots of positive resonance — not least because it was one of the highlight events of the Nürnberg Web Week 2016 — so the main sponsor openSUSE asked if we would like to run another camp during their annual and free openSUSE Conference 2016 in June here in Nuremberg. Sure we want! — although it won't be a full blown IndieWebCamp as there's only one day time. :)

We'll start the IndieWeb Hack Day with a ~40 minute introductory talk to quickly onboard all those who have never heard of the IndieWeb movement. Then, until early afternoon, there will be barcamp-like sessions to further introduce and discuss some of the IndieWeb technologies. Finally, a couple of hours are spent on hacking and immediately implementing some of these ideas into your own website — or even start it from scratch if you don't have one already. So don't forget to bring your own laptop!

Want to volunteer, help out, or have any concerns? Contact any of the above organizers!

Information about the openSUSE Conference 2016 will be added as soon as it becomes available.

openSUSE, formerly SUSE Linux and SuSE Linux Professional, is a Linux-based project and distribution widely used throughout the world, particularly in Germany. The focus of its development is creating usable open-source tools for software developers and system administrators, while providing a user-friendly desktop, and feature-rich server environment.