IndieWebCamp Berlin 2016 was a two day BarCamp-style gathering of web creators building and sharing open web technologies to empower users to own their own identities & content, and build blocks for the #indieweb!

The IndieWeb movement is a global community that is building an open set of principles and methods that empower people to take back ownership of identity and data instead of relying on 3rd party websites.

At IndieWebCamp you’ll learn about ways to empower yourself to own your data, create & publish content on your own site, and optionally syndicate to third-party silos.
Along the way you’ll get a solid grounding in the history and future of Microformats, IndieAuth, WebMention, Micropub and more!
Remote participants, see below.

IndieWebCamp BER is the weekend before famous

See schedule for which rooms when (tba)
See this wiki for info about the venue.

Register for a ticket here (it's free):

Additional URLs for optional event tracking / RSVPing on various sites:
Lanyrd | Meetup | Eventbrite
(for convenience only - to attend you must register - we need the final numbers for planning food and drinks!)

The working groups are listed in the
Main article: 2016/Berlin/Schedule 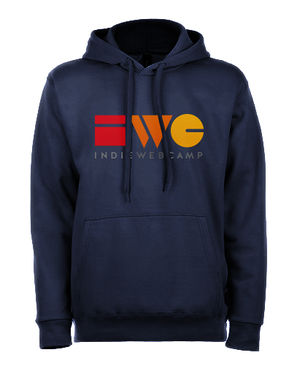 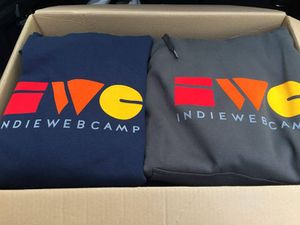 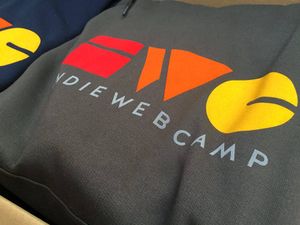 Joschi Kuphal is organizing a batch of IndieWebCamp hoodies and bringing them to IWC Berlin. The hoodies will be of proper quality (= not necessarily the cheapest ones) and printed by a local textile printer — there's no online shop or similar. Mailing the hoodies to anywhere in the world should be no problem as well but right now I've got no idea about the shipping charges (same applies to customs).

Please add yourself to the list below including the size you'd like to order (XS, S, M, L, XL, XXL, XXXL). Alternatively drop me a line on Twitter, IRC or by email and I'm happy to add you here. I'll keep this description updated as soon as I get to know any further details. Thanks for spreading the word!

Update 2016-10-17: Each hoodie will cost € 29,-- (including 19% VAT). I can write you a proper invoice if you need one. It's going to be the SOL'S UNISEX HOODED SWEAT-SHIRT and it's available in Black, Dark Grey and French Navy (as seen on the website), so please add your colour to the list as well. I will have to order the hoodies on Thursday, October 20th, at latest, otherwise it wouldn't be in time for Berlin.

Update 2016-10-20: The hoodies are in production now, there no sense in adding yourself to the list any longer. If there's demand we could think about another batch at a later time again. Thanks for all your orders!

Your organizers for IndieWebCamp Berlin 2016:

If you'd like to help out, join IRC, and check out the Planning page!

This is an archive of the initial planning for IndieWebCamp Berlin 2016, originally found here.

Potential Organizers: (add yourself if you can help make this happen!)

Possible venues (aside from 3 regrets) :

[eng, translated] "Hi, sounds doable. Mostly depends if we find Mozilla employees to host. I will see if I can make him [note by editor: strongly convinced him again] and will write a mail to the office. What did you like for catering? Just lunch for two days could be doable. [note by editor: ordered enough coffee]"

(!) We could board the c-base for free. Saying "Thank You" to Sven Knebel for dropping in on the station.